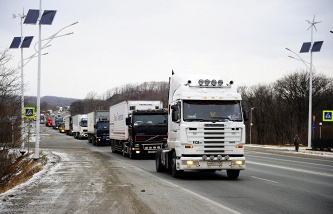 MOSCOW, December 5. Road service can bring financial penalties to the concessionaire “Plato” because of the complexities in the system. This was announced during the inter-regional video conference with participation of the traffic police, drivers and Agency the head of the Agency novel Starovoit.

“The first days of operation, the system had difficulties. We didn’t hide. Recognize. Now being tested, was acting as the concessionaire under these conditions. For every violation website is down, the timeout of the call center, access, etc. – everything is provided for financial sanctions,” he said.

As pointed out by Starovoit, on the third day the office was notified in the prescribed manner of the concessionaire about the beginning of the audit. “After the test we will probably notify all users about its results and possible penalties”, – he stressed.

As said Starovoit, the largest number of users who want to register in the system, it was noted in the first days of its work. “With this and were mostly related to the problem,” he said.

According to him, on one side were numerous complaints on the website, on the other hand, was hacking. “Up to now experts working in this field, find out how it was done, where, and possible customer,” said Starovoit, indicating that there were technical defects.

The introduction of toll collection from trucks in Russia 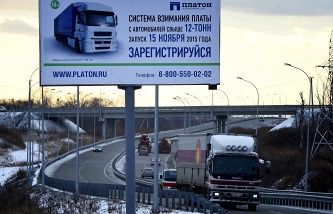 In Russia, the toll for driving trucks weighing over 12 tons on Federal highways began on 15 November. The cost of the system amounted to 29 billion rubles, a collection of 13 years shall be 1 trillion rubles, not counting the income from fines, which go not to the road Fund, and the budget. The first time, all funds collected from Federal roads will be sent to the regions.

To vehicles that do not have to pay the collection include machine intelligence and the defense Ministry. Well as special income in the Fund is not expected from trucks that are rarely or even never go on the Federal highway: mining machinery, forestry machinery, machinery for agricultural purposes.