MOSCOW, December 5. Russia ready for dialogue on a new conventional arms control in Europe, but Western partners should submit their proposals. The announcement was made by the Russian delegation at the closing session of the OSCE Ministerial Council in Belgrade. The text posted on the website of the foreign Ministry of the Russian Federation. 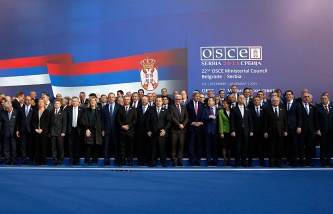 “We have to admit that this year failed to make a single decision on military-political Affairs, – the document says. – Reason – and in trying to politicize even the most innocuous projects, “closing” them on the situation in Ukraine, and in the General course of individual countries on a confrontation with Russia, inevitably leading to the discrediting and degradation of the regimes of arms control and confidence-building measures and security”.

Nevertheless, Russia is ready “to engage in substantive consultations on a new conventional arms control in Europe, if and when our partners will present their proposals”. “We believe it is necessary in the short term will improve the implementation of the Vienna document 2011 and the creation of the necessary conditions for resuming constructive discussions on politico-military aspects of European security”, – reads the statement.

To such conditions in Moscow include “non-power policy of “containment” of Russia, the recognition and respect of Russian interests, the restoration of normal relations with our country”. “The OSCE and, in particular, the Forum on cooperation in security, as a key platform for dialogue in this sphere”, – said the Russian foreign Ministry.