Prerequisites for the devaluation of the Transnistrian ruble to the US dollar are missing, reported the press service of the Transnistrian Republican Bank. The Central Bank emphasizes that it intends to follow approved by the government of the PMR of the currency corridor. 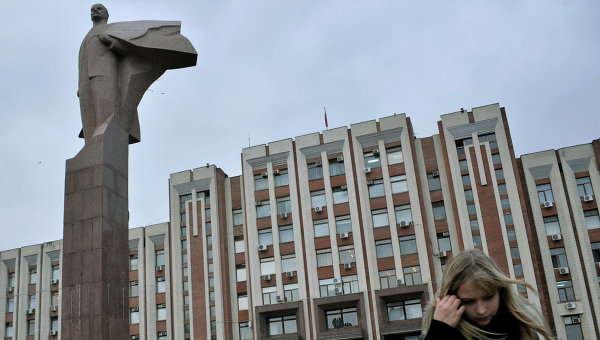 TIRASPOL, 5 Dec. Vladimir Sandutsa. Transnistrian Republican Bank (TRB — Central Bank of the unrecognized Republic) issued a statement in which he denied rumors of a possible devaluation of the Transnistrian ruble, reported the press service of the institution.

“The Transnistrian Republican Bank officially informs that at the present time significant changes in exchange rate policy is not planned, the preconditions for the depreciation of the Transnistrian ruble to the US dollar do not exist,” the statement said.

The Central Bank emphasizes that it intends to follow approved by the government of the PMR currency corridor — 11,0-11,3 the Pridnestrovie’s ruble per one U.S. dollar.

“In the future we plan to maintain the policy approaches outlined in “the Basic directions uniform state monetary policy for 2015 and planning period of 2016-2017,” adopted by the resolution of the Supreme Council of the PMR of December 24, 2014, where among other parameters defined currency corridor 11,0-11,3 PMR rubles/US dollar”, — the document says.

Transnistria has its own money system. In 1994 was first put into circulation the monetary unit of PMR. At first it was a coupon, then in 1997 it was introduced, the Transnistrian ruble.

Transnistria, 60% of the inhabitants are Russians and Ukrainians, sought to secede from Moldova even before the collapse of the USSR, fearing that Moldova will join Romania. In 1992, after the failed attempt of the authorities of Moldova force to solve the problem, Transnistria has become virtually uncontrolled by the Chisinau area.