MOSCOW, December 4. Drones of the international coalition in recent days over the territory of Syria was three times more, said the official representative of the Ministry of defense of the Russian Federation Igor Konashenkov. 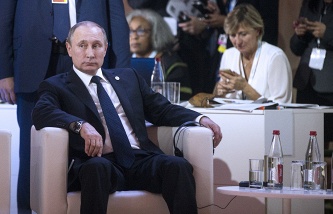 “For the last days recorded a threefold increase in the number of unmanned aerial vehicles coalition. In certain periods the number of simultaneously located in the sky of Syria UAV reaches over 50 units,” he said.

“Most drones are the so-called coalition are exploring over the areas of oil production and along the Syrian-Turkish border, through which passes the main smuggling nettraffic”, – said Konashenkov.

“You know perfectly well that our colleagues, performing in such a large scale surveillance practices in these areas, if desired, may also share information with the public – what is happening on the Syrian-Turkish border, in what volumes and where terrorists sell oil”, – said the General.

“We analyzed various comments and statements”

The defense Ministry analyzes the comments submitted by the office data on illegal oil trading between the “Islamic state” (IG) and Turkey, reported the official representative of the Ministry of defense.

“Certainly, we analyzed various comments and statements made after our briefing, during which they presented evidence of how and where flows of thieves oil from areas controlled by international terrorism, and who it protects”, he said.

According to him, “for some politicians and experts” data of the Ministry of defense has become “revelation”, for others, they reaffirmed “long-standing concerns about the ties of the Turkish political establishment and the international terrorists”. “Among the comments there are ridiculous and even funny. But it is more characteristic of those who have no more arguments,” the General added. On what the review is about, Konashenkov did not specify.

“One team for the theft of oil from the neighbors”

The defense Ministry previously said about the involvement of Turkish elites and even President Recep Tayyip erdoğan and his family to the illegal oil trade with Islamic state, presenting relevant evidence at a special briefing. 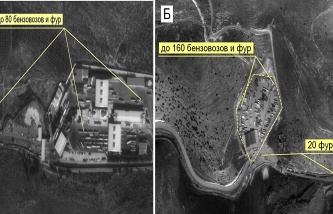 “The main customers for this stolen from the rightful owners of Syria and Iraq – oil is Turkey. There were reports in this criminal business involved the highest political leadership of the country, President Erdogan and his family. We have repeatedly talked about the dangers of flirting with terrorists”, – said Deputy defense Minister of Russia Anatoly Antonov. “The region has a team of bandits and Turkish elites by stealing oil from the neighbors. This oil in huge quantities, on an industrial scale at live pipelines of the thousands of trucks entered the territory of Turkey,” – said Antonov.

The defense Ministry has identified three major routes of transportation of oil from Syria and Iraq into Turkey, said in turn the head of the main operations Directorate of the Russian General staff Sergey rudskoy.

The international coalition against “Islamic state”

The international coalition against ISIS was formed on the initiative of the USA on the NATO summit held on 4-5 September 2014 in Wales (UK). By this time, the militants controlled a quarter of Syria and a third of Iraq and declared the creation of the occupied territories of the Islamic Caliphate.

The U.S. air force launched the first air strikes on is positions in Iraq on 8 August 2014 (the “Unwavering commitment” Inherent Resolve).

After the militants were active on Syrian territory, the question arose about the intervention of international forces in the situation in that country. Syrian foreign Ministry announced that it would consider any US military intervention as an aggression. Despite this, on 23 September the US air force launched strikes from the air is positions on Syrian territory. Then the U.S. joined Saudi Arabia, the United Arab Emirates and Jordan, while Qatar and Bahrain have provided military assistance and logistical support.