In the framework of the pairing of the Eurasian Union and the economic belt of the silk road, the members of the organization intend to submit to the EEC plans for the development of road infrastructure and to address the issues of expansion of the roadway. 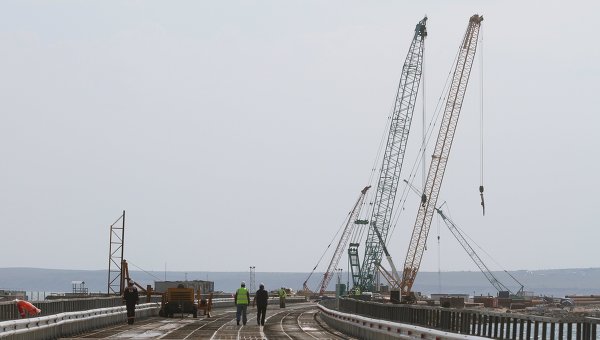 MOSCOW, 4 Dec. The countries of the Eurasian economic Union (EEU) by the end of 2015 will represent the EEC plans for the development of road infrastructure up to 2030 within the framework of pairing economic belt silk road, told reporters a member of the Board (Minister) for energy and infrastructure of the EEC Tair Mansurov.

Question the pairing of the Eurasian Union and the economic belt of the silk road, he said, was discussed on Friday at a meeting of transport Ministers of member States of the EEU.

“The economic belt of the silk road is a beautiful metaphor, but it is backed up. We need not only to improve the transport and communication issues that we have, but also to develop positions that will allow silk road to create the necessary infrastructure to solve the issues of expanding the roadway. Now we are talking about road transport,” — said the EEC Minister.

According to him, each country deals with this issue, the Ministry of transport. But it also includes a large number of other ministries and departments. “The road is transportation, and it loads to carry. Therefore, we requested and I think that in the next month we should receive from the countries of the plans on development of transport communication and infrastructure Affairs in the distant horizon until 2030,” said Mansurov.

At the meeting it was decided to sign a special paragraph on the establishment of a special working group, which will constantly work, at the level of Directors of departments of each Ministry and to engage in work and other interested ministries and departments. “We should gather all the information that we have in our countries,” he added.

The idea of creating a new “silk road” that would connect China with countries of Europe and to strengthen cooperation with Asia and Africa, the President of the PRC XI Jinping put forward in 2013. We are talking about creating a trade corridor for direct delivery of goods from East to West on favorable terms.