MOSCOW, December 4. A bill to revoke citizenship for participation in terrorism, submitted to the Duma by the deputies of the National Assembly of Dagestan, has no legal prospects, said the first Deputy Chairman of the Federation Council Committee on defense and security Frants Klintsevich.

“The concern of the deputies of the National Assembly of Dagestan clear. But they introduced a bill to revoke the citizenship of the Russian Federation of persons who left abroad to participate in terrorist activities, has no future, because it directly contradicts the Constitution,” the Senator said. He also drew attention to current legislation in which “participation in the territory of a foreign state in an armed formation not provided for by the law of this state, for purposes contrary to the interests of the Russian Federation shall be recognized as a crime.”

“The maximum punishment is 10 years imprisonment. Therefore, in my opinion, speech should go first of all about the inevitability of punishment”, – said the MP.

Deputy Chairman of state Duma Committee on constitutional legislation and state construction Rizvan Kurbanov, who was elected to the lower house of Parliament from Dagestan, said that he sees opportunities to deprive terrorists of citizenship of the Russian Federation without amending the Constitution. He stated that the amendments to the Constitution “is unlikely, but possible.”

“To date, the bill will be very difficult to maintain. Although this topic is very relevant,” said Kurbanov. “Humanly speaking, it turns out: he (the terrorist) the bandit ignores all the values of citizenship, is fighting against us, and we have to tolerate and can’t revoke the citizenship”, – he admitted. 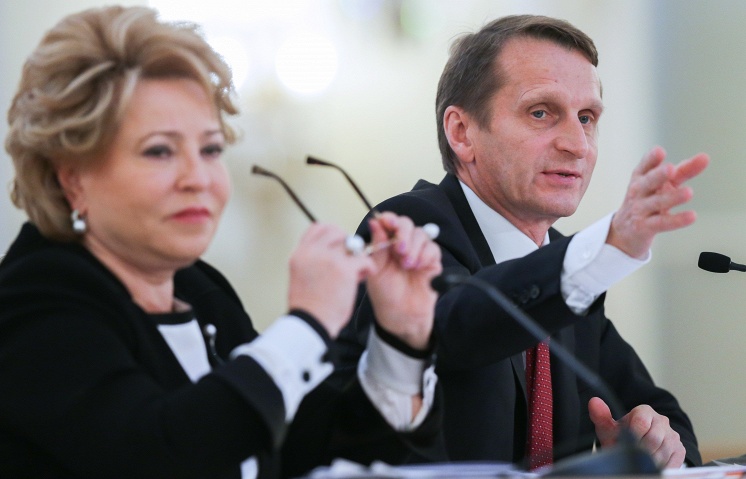