Heavy trucks weighing over 12 tons pay for travel on Federal highways, so for them to cancel the transport tax, said the head of the Duma Committee on transport Evgeny Moskvichev. He noted that the project can be submitted to the state Duma in the first quarter of 2016. 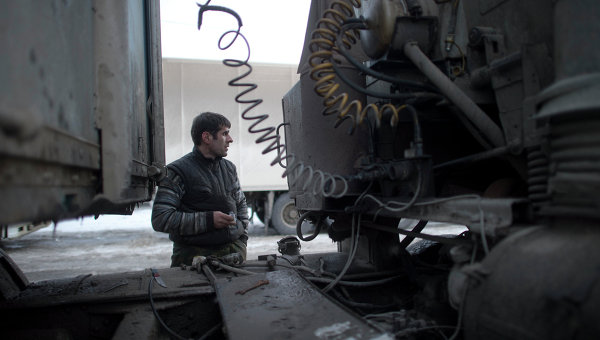 MOSCOW, 4 Dec. A bill to abolish the transport tax for trucks weighing over 12 tons pay for travel on Federal highways, may be submitted to the state Duma in the first quarter of 2016, said the head of the Duma Committee on transport Evgeny Moskvichev.

“We are now working on all vehicles over 12 tons, can be, in the first quarter of 2016 to get an initiative on the bill, to consider the abolition of vehicle tax for cars that already pay on Federal roads,” said Moskvichev at the meeting in the state Duma with truckers and representatives of the HRC.

System “Platon” has earned in Russia from November 15. It will charge tolls to trucks carrying more than 12 tons. Now the trucks will pay 1,53 rubles per a kilometer on Federal highways. With 1 March 2016 the fee will amount to 3.06 rubles per kilometer. The money should go to the road Fund in compensation for the destruction of traces of heavy cars. The system implementation was accompanied by complaints of technical difficulties.

Earlier it was reported that the Deputy of the state Duma from LDPR Anton Ishchenko has prepared a draft law on exemption from payment of vehicle tax owners of vehicles with permissible maximum mass exceeding 12 tonnes. It is expected that the shortfall in income of road funds of constituent entities of the Russian Federation in connection with cancellation of the transport tax will be compensated through the reallocation of additional revenues to the Federal road Fund. The document notes that the calculations show that income from Fund exceed the payments under the transport tax tenfold. Thus, the bill will allow to spare the taxpayers from paying vehicle tax for trucks which are not operated and, accordingly, do not violate traffic cover, as well as to ease the tax burden.