MOSCOW, December 5. The Russian defense Ministry believes that the recent statements of the U.S. officials on the situation in Syria is based on double standards, said the official representative of Department major General Igor Konashenkov.

“Generally, statements by the representatives of the Pentagon and the state Department recently resemble theater of the absurd, based on double standards and the word-play, he said at a briefing in Moscow. They see, we do not see, then divide the opposition to the moderate and immoderate. Even terrorists have bad and very bad”. 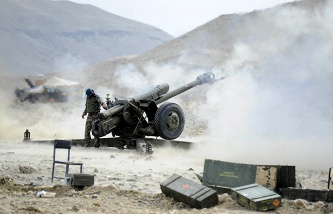 The Russian foreign Ministry: Moscow urges U.S. to a truly constructive work on counteracting the

Konashenkov recalled that the Russian side has repeatedly talked about the dangers of flirting with terrorists.

“Moreover, stressed that such short-sighted position can respond a bloody echo in the streets of our cities. We are convinced that terrorism has no comparative degrees or nationalities. Terrorism is an absolute evil that must be fought in all its manifestations”, – said the official representative of military Department.

“It is the same axiom as presented at the briefing on 2 December evidence – how and where does thieves oil from areas controlled by international terrorism, who patronized him and where did ISIL (former name, not the terrorist group “Islamic state” – approx.) money to conduct bloody terrorist attacks,” – said Konashenkov.