“On Monday, the MICEX index may fall to 1740 points, and the RTS index – up to 797 points. The pair dollar/ruble may grow in the direction of 70 rubles on the employment data in the U.S., which showed for the increase in rates. Statistical information regarding the number of new jobs they say that in General, against rising prices for oil and other commodities. The Russian economy will not benefit from the tougher course of the U.S. Federal reserve, the likelihood of which increases after the next publication of American labor”, – said the Director of analytical Department IK “Golden Hills – Kapital AM” Mikhail Krylov. 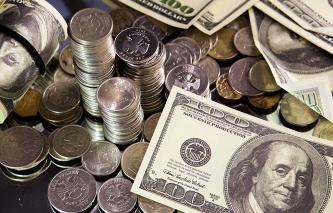 The dollar at the opening of trading rose to RUB 67,73

The unemployment rate in the U.S. in November 2015 remained at the October level of 5%, as expected. This figure is the lowest since April 2008

“The last day of the trading week on the Russian market differed with increased volatility. Investors ‘ attention on Friday was focused on two events: data on the labor market in the U.S. in November and the results of the OPEC meeting,” – adds the expert of “BCS Express” Ivan Kopeikin. According to him, the pending decisions of OPEC meeting made pretty nervous bidders.