MOSCOW, December 4. The state Duma decreases almost a hundred times the penalties for driving with trucks weighing over 12 tons without payment on Federal highways.

Deputies at the second reading of the bill had accepted the amendment to the Code of administrative offences, according to which the movement of heavy trucks without paying on Federal roads subject to a penalty imposed on truck drivers of foreign road carriers, as well as the Russian owners of heavy trucks in the amount of 5 thousand rubles. 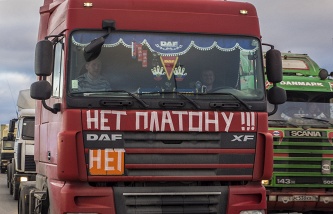 In case of repeated offence the fine will be doubled – up to 10 thousand rubles “the Fines reduced significantly”, – said the head of the Committee on constitutional legislation and state construction Vladimir Pligin.

As previously explained, the first Deputy Chairman of the Committee on constitutional legislation and state construction Vyacheslav Lysakov, the amendment is “a step forward towards the carriers.” “The sanctions are reduced repeatedly, with 500 thousand rubles – up to 5-10 thousand rubles,” he said. Lysakov also noted that the bill introduces the concept of multiplication – not more than one penalty per day for any number of detecting a violation, and allowed post-payment instead of prepayment.

A final vote on the draft law will take place after 17.00 GMT.

System “Plato” created for the payment on account of compensation of harm, caused to the automobile roads of Federal value by vehicles, having the resolved maximum weight over 12 tons. 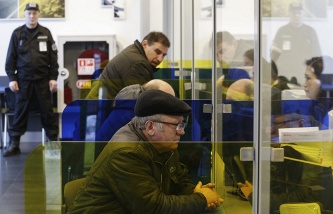 In the toll collection system registered more than 600 thousand vehicles and more than 110 thousand of their owners, which is 60% of the total Park. Large companies with a fleet of 50 vehicles or more registered 90%.

After two weeks of work system in the Federal road Fund have been collected 550 million.

It is planned that in 2016 the collection of payments will bring 40 billion. The money will be used to repair Federal highways.