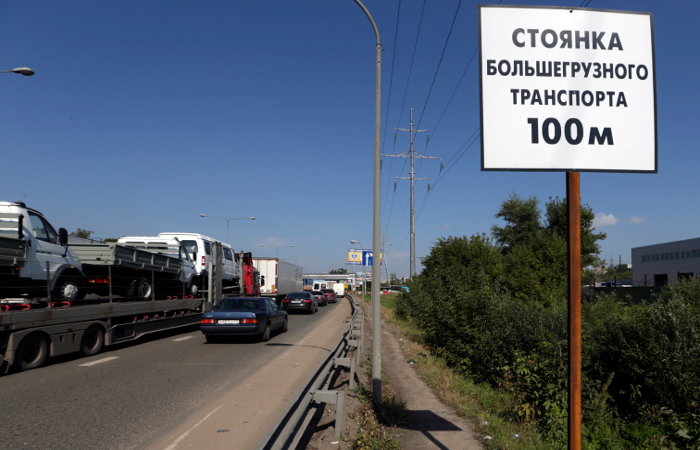 Moscow. December 4. Deputies of the state Duma on Friday will consider in the second and in the third final reading a bill that reduces in 100 times (from 500 to five thousand rubles) fines for the lack of truckers trackers – new systems that track the path and establishing the amount of payment.

“The amendments also introduce the concept of the multiplication of the fine: not more than one penalty in a day when any number of commits violations. In addition, the amendments allow post-payment instead of advance payment”, – explained to journalists the first Deputy Chairman of state Duma Committee on constitutional legislation and state construction, co-Chairman of the Moscow headquarters of the popular front Vyacheslav Lysakov.

Under the bill, the movement of the car having a permissible maximum weight over 12 tons, on highways of the General using of Federal value without payment on account of compensation of harm caused to such roads, shall be punished by a fine of five thousand rubles.

The bill establishes that the amount of payment on account of compensation of harm caused by road vehicles, having the resolved maximum weight over 12 tons, and the procedure of its collection are established by the government of the Russian Federation.

This procedure should include, including provisions on terms of payment of such fees, the possibility of deferment of its introduction by the Russian carriers, owners of vehicles equipped with designed for charging onboard devices or onboard third-party devices, as well as the requirements for such on-Board devices and third-party on-Board devices.

Lysakov said that “currently the cost of 1 km is reduced by the Russian government to 1.53 until March 2016, and the Committee hope for prolongation” of the measure.

“We also hope common prudence, common sense, reduced the escalation of the conflict, the dialogue with the professional community, debugging and testing of the system. We all need to avoid confrontation and provocation, not until the Rubicon has been crossed,” – said Lysakov.