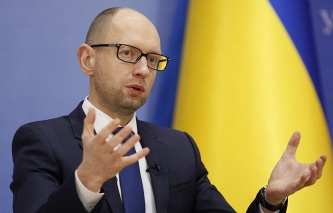 Ukraine will impose a moratorium on debt repayment, if Moscow does not agree to the restructuring

Earlier Vladimir Putin at the G20 summit in Turkey reported that Moscow offered to the over payment on the debt of Ukraine for the years 2016-2018 $1 billion a year. The head of state stressed that Russia does not agree to restructure the Ukrainian debt, and offered the best conditions, as requested by the IMF. Putin stressed that the final decision on this proposal will have to be taken in the near future.

However, as announced on 1 December, Deputy Finance Minister Sergei Storchak, Ukraine has not yet responded officially to the proposal of the Russian Federation about debt restructuring of $3 billion. According to him, Russia expects that Ukraine will respond to this proposal until December 8th. “We proceed from the desire to reach an agreement before December 8, since December 8, the IMF will vote for the policy changes (which require permission to a lending Fund of the state with the official duty – approx. ed.)”, – said the Deputy Minister.