MOSCOW, 6 December. A plaque in memory of the distinguished economist policy and Evgenii Primakov written will appear in the center of Moscow, said on Sunday the mayor of Moscow Sergey Sobyanin. 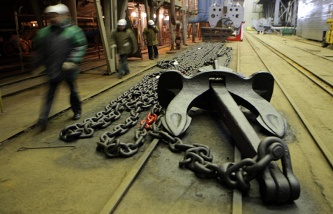 “Open in Skatertny plaque Yevgeny Maximovich Primakov. Appropriate instructions were given,” wrote the mayor in his microblog on Twitter.

Soviet and Russian politician and statesman, in different years, the former Prime Minister and Minister of foreign Affairs of the Russian Federation, the head of the Central intelligence service of the USSR, Director of the foreign intelligence Service of Russia, Chairman of the Union of the Supreme Soviet of the USSR, the President Trading-industrial chamber of Russia, state Duma Deputy, academician of the Russian Academy of Sciences Yevgeny Primakov died 26 June 2015.

“He made a decisive contribution to overcoming the consequences of default and crisis in 1998. His government had covered up a huge loophole and allowed to stabilize the country”, – said the Minister of foreign Affairs of the Russian Federation Sergey Lavrov. The name Primakov bind the fracture in the foreign policy of Russia: the rejection of Atlanticism, in favor of the concept of “multipolar world”. Demarche policy, over the ocean refused to fly to Washington after the news about the beginning of bombardments of Yugoslavia, known as the legendary “turn over the Atlantic”.

The other day the President of Russia Vladimir Putin has signed a decree, in which he proposed to give the name of Yevgeny Primakov, one of the new ships of the Russian Navy and to establish a medal Primakov. Also, the President has established ten personal grants of a name of Primakov for students of economic faculty of Moscow state University. M. V. Lomonosov and the same for students of the University. The government of Moscow it was recommended to consider the installation of a memorial plaque on the house where he lived Primakov – in Skatertny pereulok, building 3.