In the state Duma commented on the statement by the Turkish foreign Minister that Moscow should immediately lift the sanctions against Turkey because they threaten the economies of both countries. 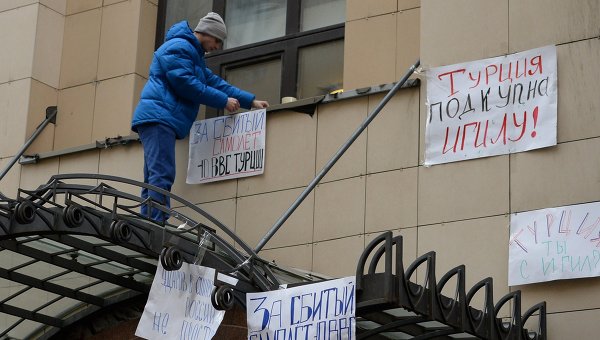 MOSCOW, 6 Dec –. Turkey itself chose enmity with Russia and Moscow has no reason to lift the sanctions, said the first Deputy Chairman of state Duma Committee on international Affairs Leonid Kalashnikov. So the MP commented on the “Russian news service” the statement of the head of the Turkish foreign Ministry that Russia should withdraw the restrictive measures imposed against Turkey.

“Why Russia should do it, when you destroy its equipment and people, are her unfriendly actions on the world stage, without apology,” said Kalashnikov.

According to him, Turkey has become not only a geopolitical enemy of Russia, but also the enemy, self-selecting such a scenario. The Deputy has not excluded that Moscow can reduce economic relations with Ankara to zero, and then to take geopolitical actions, including support for the Kurdish opposition.

Earlier media reported that the Minister of foreign Affairs of Turkey Mevlut Cavusoglu deems it appropriate to cancel the Russian sanctions against Ankara, since they are harmful to the economy of both countries.

Relations of Russia and Turkey are in crisis after November 24, Turkish F-16 shot down in Syria, the Russian bomber su-24. The Russian President Vladimir Putin called it a “stab in the back” by the accomplices of terrorists. The head of state signed a decree on measures to ensure national security and on the special economic measures against Turkey.