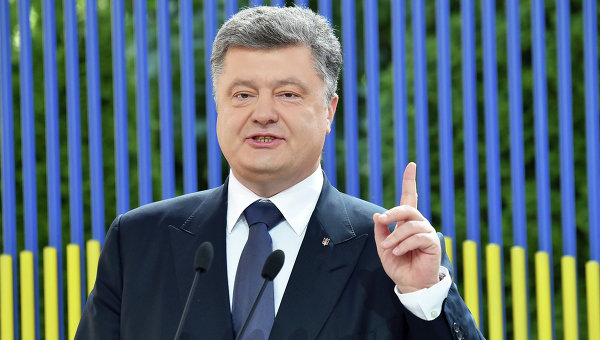 KYIV, 6 Dec. President of Ukraine Petro Poroshenko said that he expects a positive decision by the IMF for continued funding of the country.

The decision by the IMF on the second review of extended Fund facility of Ukraine and allocation of the next tranche in the amount of 1.7 billion dollars will depend on whether the requirements of the Fund in making the Kiev state budget-2016 and tax reform.

“Now provides enough important discussions with the IMF, because in the current environment, financing the IMF should provide the international reserves of the state, the exchange rate stability, the financial stability of the banking system, the sources of covering the budget deficit… I’m still quite optimistic, despite the very high temperature of these discussions, looking at the future,” Poroshenko said Sunday in an interview to Ukrainian TV channels.

The President called for the introduction after the tax reform three-year moratorium on changing tax legislation to ensure a stable investment climate in the country.

“I think that the tax base provided for medium-term planning. That is, that simultaneously was the program of tax changes for three years and a moratorium on tax law changes that would guarantee stability of the tax climate, tax legislation for entrepreneurs, for investors, because it is also one of the key components of the investment climate, together with an independent judiciary and the fight against corruption,” he added.