KIEV, December 6. Ukraine will be forced to take “appropriate decision” if Russia enters predamage. This was announced on 6 December the President of Ukraine Petro Poroshenko in an interview to TV channels.

“If Russia will decide on the sanction, it is a pity, but we’ll have to make an adequate decision,” he said. While Poroshenko did not specify what will be the decision.

From 1 January 2016 will come into force the provisions of the Association agreement between Ukraine and EU on creation of free trade zone. October 30, Prime Minister Dmitry Medvedev said that Ukraine can not simultaneously participate in two free trade areas – with the EU and the CIS. 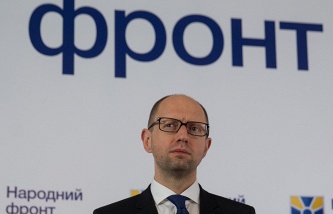 On the basis of this provision, the government has decided to introduce from 1 January 2016, predamage against Ukraine. The Minister of economic development Alexey Ulyukaev reported that the food embargo against Ukraine will be the same as in the case of the EU.

In turn, Prime Minister of Ukraine Arseniy Yatsenyuk stated that in case of the introduction of Russia’s predamage against Ukrainian goods that this trend will be mirrored response from the Ukrainian government.

According to Kiev, the protection Moscow to ban exports of Ukrainian goods to Russia will cause Ukraine harm in the amount of $ 600 million. However, experts say a much more serious losses.

According to Ulyukayev, Russia will not lose anything from the introduction in Ukraine of predamage.