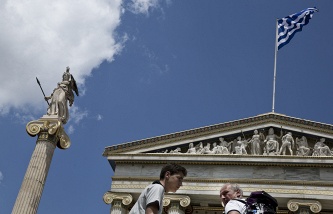 ATHENS, 6 December. /Corr. Denis Kabanov/. New Greek budget for 2016, which last night was voted by the Parliament, envisages a primary surplus of €3 billion After a five-day discussion, the project voted by all 153 member of the ruling bloc, the Coalition of the radical left forces (SYRIZA) and the party “Independent Greeks”.

All opposition parties voted against (145 votes). Two members were absent.

“Our goal is not only to lead the country out of crisis, but also to restore the credibility of government policy to create conditions for a radical transformation of the economy, said Prime Minister Alexis Tsipras, speaking in Parliament on the draft budget discussion. We believes that can lay the groundwork for big changes that are needed now more than ever in today’s Europe, which is undergoing a period of crisis and destabilization”.