Claims increased from 3 billion to 3.1 billion. In its first claim to “Transaero” to recover to about 5.8 billion roubles “Aeroflot” demands to repay the debt under the loan agreement of 4 September 2015. 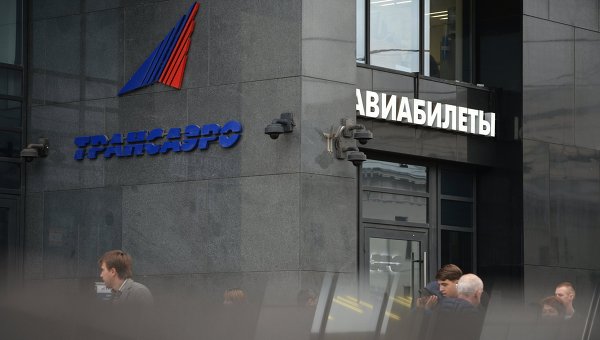 MOSCOW, 7 Dec. Arbitration court of Moscow has accepted the increase in the claim of “Aeroflot” on the second suit of Russia’s largest airline to stop flights of “Transaero” from 3 billion to 3.1 billion rubles, said Monday in court.

Aeroflot requires to recover from the defendant more than 2.7 billion rubles principal debt under the loan agreement from October 1, 2015, more than 274 million roubles, 62,5 million roubles of fines and 57.7 per million percent. Arbitration has appointed the basic hearings under this claim, filed on October 28, on 21 December.

In its first claim to “Transaero” to recover to about 5.8 billion roubles “Aeroflot” demands to repay the debt under the loan agreement of 4 September 2015. On Monday the case will be considered on its merits. The court has previously received and accepted a counter-claim “Transaero” on the invalidity of the loan agreement due to its kabelnet.

Arbitration court of St.-Petersburg and Leningrad region on December 16 will verify the validity of statements of Sberbank of bankruptcy “Transaero”, in which the Bank asks to impose on the debtor the monitoring procedure. After Sberbank bankruptcy Transaero sue Alfa-Bank, VTB and the Russian Federal tax service. They all accepted for production as the application for intervention in a bankruptcy case and will be discussed after consideration of the requirements of the savings Bank.

Transaero airlines has been unable to service debts, which form together with the leasing obligations of about 250 billion rubles. The certificate of the operator Transaero withdrawn on 26 October.