SIMFEROPOL, December 7. The head of the Crimea Sergey Aksenov promised to the inhabitants of the Peninsula “Christmas miracle”, referring to the timing of delivery of the second leg of the power bridge from the Krasnodar region.

He said this at the session of the interdepartmental Commission on liquidation of consequences of emergency situations related to the energy deficit.

Aksenov also said that the decision to resume cooperation with Ukraine in the sphere of energy supply of the Crimea will take the leadership of the country. “It’s up to our leader and only he, because this is international relations. But people are already resigned to the fact that our relations with Ukraine in this part will not be”, – added Aksenov.

“The second line on the approach. We always miracles happen, before the New year. Do not worry”, – said Aksenov, referring on Monday to the heads of districts of the Crimea, which used graphics rolling shutdowns of electricity.

In this regard, the Crimea may refuse the supply of electricity from Ukraine in case of their resumption, said Aksenov journalists, commenting on the agreement between the authorities of the Kherson region and the organizers of energoblok Peninsula on the restoration of the line “Kakhovka – Titanium”. 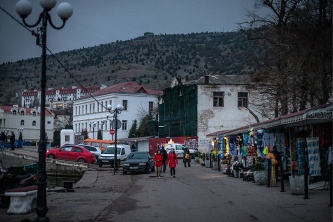 “To me via social media received a large number of applications from the Crimeans who are United in the opinion that even if the Ukraine wants to supply power, take it we don’t need for any money – neither for large nor for small “, – he said.

The first line of the power bridge, which should make the Crimea independent of supplies from Ukraine, was launched on the evening of 2 December. The ceremony was attended by President Vladimir Putin, who was asked to take the second by 15 December. Later, Aksyonov has repeatedly hinted that the deadline may be shifted to an earlier date.

All acobject Sevastopol translated into a constant supply of electricity

All social facilities of Sevastopol will be transferred to a constant supply of electricity 8 December. The decision was taken at a meeting of the city Commission on prevention and liquidation of emergency situations. The limit of electricity consumption, allocated to the city for 17 hours on 7 December “Krymenergo”, amounted to 165 MW. 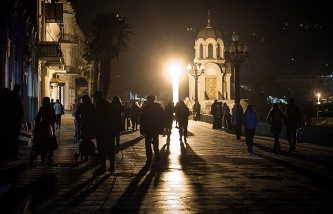 Enterprises of the Crimea will be able to start working at full capacity from January 1,

“In the morning (Tuesday) include the “social” – all objects, which can translate to “tenure”. Special attention to kindergartens and electric vehicles. If possible it should be run. At night will be minimal electricity cut off. But at the time of connecting the social graph objects the same”, – said the Governor of Sevastopol Sergey meniailo.

Prior to this, in Sevastopol operates rolling blackout schedule, which provides for the supply of electricity for two hours every six hours. “Sevastopolenergo” has already prepared and agreed on a new schedule. “We analyse the chart “4 in 4”. If the limit is appropriate, we will enter. Our representative is in “Krymenergo”, and we tracked hourly limit”, – explained the situation Menyailo.

After connection of social facilities and the introduction of new charts of electricity, the government of Sevastopol will consider the connection of the industrial plants, the need for which is 2.2 MW.

Statements of Kiev “does not count”

Menyailo skeptical about Poroshenko’s statement about the imminent resumption of the supply of electricity from Ukraine to Crimea. 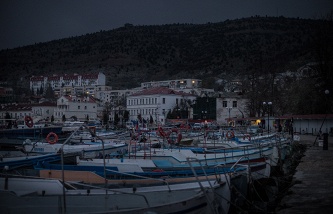 Novak: the need of electricity in Crimea is scheduled to close 90% by 20 December

“I have so many statements from them heard that I did not consider. The supply of electricity to the Crimea from the territory of Ukraine are defined by contractual relations between the two countries. If they are going to fulfil their obligations should be fulfilled. Don’t want – and without them we will live. Ask and persuade nobody. But then we present the claims of non-performance of economic obligations”, – said Menyailo journalists.

The supply of electricity from Ukraine to Crimea was completely stopped on November 22 due to the accident at the power lines in the Kherson region. According to preliminary data, power transmission towers were blown up by activists blockade of the Crimea, including members of the unregistered in Russia Majlis, and the radicals banned in Russia as extremist organization “Right sector”.

In fact undermine the pillars of the FSB opened a criminal case about the attack.