That, in accordance with December 18 to January 18 I will arise all AVTOVAZ wrote in the newspaper “Vedomosti” with reference to the suppliers of the Russian automaker. 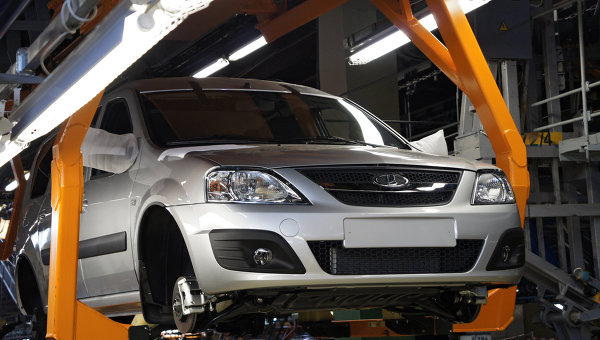 MOSCOW, 7 Dec. AvtoVAZ will not stop on 18 December Assembly lines in Togliatti, the press center of the Russian company on Monday.

The newspaper “Vedomosti” on Monday with reference to the suppliers of the Russian automaker and sources close to the automaker reported that, in accordance with December 18 to January 18, will stand all conveyors, including for the Assembly of cars for Renault-Nissan. The plant in Izhevsk, where including produced new Lada Vesta, will work longer: here the production will be suspended after December 28 until January 18. According to a source publication, orders don’t have documents. A year earlier the AVTOVAZ stopped the production of cars from December 31 to January 18.

“Information about the bus stop on 18 December, the Assembly line of “AVTOVAZ” in Togliatti is not true. Moreover, as previously planned, on 15 December 2015, we will start serial production of Lada Xray, which will be in December”, — stated in the message.

Only in 2015 it was planned to produce about 500 Xray with focus on the quality of each assembled car, not on the fulfilment of quantitative plan for the Assembly.

AvtoVAZ in November reported that he will leave on winter break from 1 to 17 January 2016, until 31 December 2015, the production will be work in normal mode.