The authorities of the Ulyanovsk region intend to begin construction of greenhouses for growing vegetables. The estimated investment will be approximately more than 13 billion rubles. 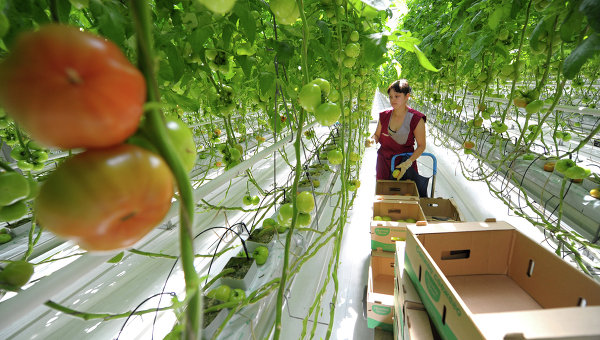 SAMARA, 7 Dec. Greenhouse complex in the amount of 13 billion rubles want to create in the Ulyanovsk region, the project is expected to begin in 2016 and be completed in 2021, the press service of the Corporation of development of the region.

“Signed an agreement of intent on investment in construction of greenhouses for growing vegetables in the Ulyanovsk region. The estimated investment will be approximately more than 13 billion rubles. Now the chosen site for the project”, — said the Agency interlocutor.

The construction of the greenhouse complex is expected to be implemented in several stages starting in 2016 and ending in 2021. Each queue will be built and implemented in turn. The investment will also be carried out in three phases.

A new facility designed to create 750 jobs for local residents.

Russia in August 2014 restricted imports of food products from countries that have imposed sanctions against her: USA, EU, Canada, Australia and Norway. Under the ban came, including vegetables and fruits. In June 2015, in response to extension of sanctions, Russia has extended food embargo until 5 August 2016.

From 1 January 2016 the Russian Federation prohibits the importation of Turkey products, including fresh and chilled tomatoes, onions and shallots, cauliflower and cabbage, broccoli, cucumbers and gherkins, fresh and dried oranges and tangerines, grapes, apples, pears, apricots, peaches and nectarines, plums and sloes, strawberries.