Federal law enforcement agencies are not able to repay the debts, because in the budget it allocated funds, wrote in his letter to first Deputy Prime Minister of the Russian Federation Igor Shuvalov with the energy suppliers. 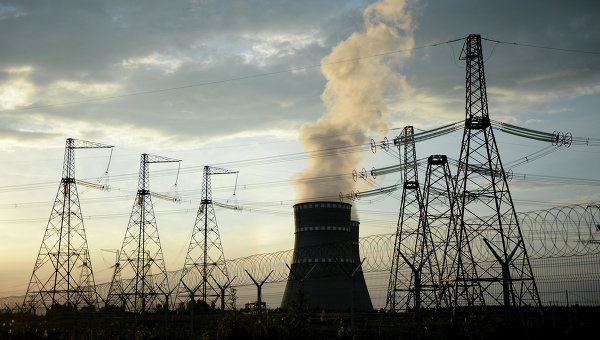 MOSCOW, 7 Dec. “Council of energy producers” and the Association of guaranteeing suppliers and power sales companies because of debt security forces for electricity requested to provide the necessary budgetary commitments up to the end of the year and to analyze the causes of the deficit limits, wrote on Monday the newspaper “Kommersant”.

As their letter to the first Deputy Prime Minister of Russia Igor Shuvalov Federal security forces (FSB, Ministry of justice, including the Federal penitentiary service, interior Ministry, emergencies Ministry, Ministry of defense) are not able to repay the debts, because in the budget it’s just not allocated. The representative of Shuvalov confirmed the receipt of the letter, it “worked for the government”.

According to 42 guaranteeing suppliers, which account for 40% of the energy supply budget institutions and the population in the Russian Federation, and 13 heat producers (58% of the heat in the country), the deficit of the budget limits of payments for electricity in 2015 will reach to the end of the year 3,44 billion rubles, heat — 1.43 billion rubles.

According to energy providers, security forces, the situation was critical. On the background of a General deterioration of payment discipline this may lead to reduced reliability of electricity and heat supply to the socially significant consumers and increase the cost of credit for energy producers.

According to the Association of guaranteeing suppliers and energy sales companies, by January 1 of the largest debt risks accumulate FSIN — 1.2 billion rubles, followed by the Ministry of internal Affairs (719 million), the Ministry of defence (543 million) and the FSB (256 million). From the non-payment of energy resources most affected generation and energy supply companies in Nizhny Novgorod (expected debt — 418 million rubles by the beginning of 2016), Arkhangelsk (269 million rubles), Rostov (211 million) oblasts and Perm Krai (214 million).

Traditional autumn edit of the state budget, during which the Ministry of Finance redistributes the allocations have already been completed: the President signed amendments on 30 November. Another correction of the 2015 budget are expected and recipients remains to rely on the redistribution of resources within allocated limits or loans, writes “Kommersant”.