MOSCOW, December 7. “Kogalymavia” suspended flights due to the closure of two of the most popular tourist destinations – Egypt and Turkey. The flight crew is on paid leave, according to “Vedomosti” with reference to the representative of the company Svetlana Yakovlev. 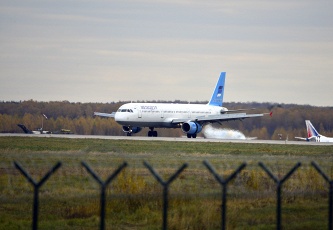 In the activity “Kogalymavia” significant violations not detected

Yakovlev does not specify at what point suspended and when flights can be resumed. According to her, the company is working on new programs.

At Domodedovo airport, which is the base airport of the airline, said that the last flight from them “Kogalymavia” performed on November 20.

“Kogalymavia” provides Charter services under the brand Metrojet and included in tourism holding Tourism Holding & Consulting. October 31 over Egypt broke its Airbus 321, flying from Sharm El Sheikh to Saint Petersburg, all 224 people on Board were killed. It was later determined that the cause was a terrorist attack: banned in Russia organization “Islamic state” was laid in the airport a bomb in the cabin.

“Kogalymavia” 100% owned West aviation investment company, which, in turn, is owned by Turkish businessman Hamit Jankatu Bagan (44,44%). The top Manager of the company told earlier that Russia, the owner is the President of the holding Tourism Holding & Consulting Ismail Lepiev.

In early December, the Deputy head of the Federal Agency for transport supervision Vladimir Chertok has declared that during check of activity “Kogalymavia” serious violations in the work of the airline is not revealed.