Dmitry Medvedev visited the control room IT systems and a system of monitoring the technical condition of the data Center of the Federal tax service, which will be used to centralize all information resources. 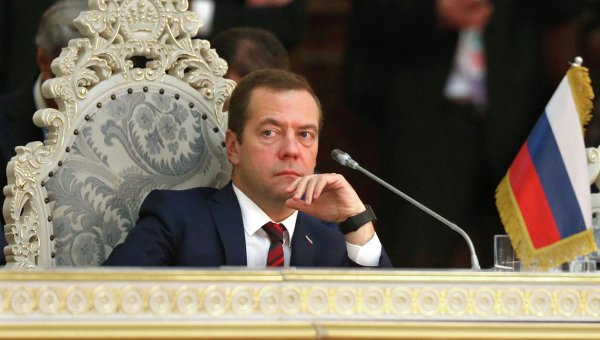 The Minister of Finance Anton Siluanov, rasskazal that the center has 450 racks capacity of 5 MW and maximum capacity of 10 megawatts. He explained that the centre was built in Gorodets, because “here are great frames, also have backup power sources, and also from the point of view of safety — the city removed from the centre”.

Medvedev inspected the control room IT systems, where monitoring the performance and availability of active network equipment. “It’s just the routers and network infrastructure of the data center. Here we see all the devices that are in some way involved in the work of the DPC, in particular virtual server. You see the structure of all communications, which provide trouble-free operation”, — said the head of the FTS Mikhail Mishustin.

Mishustin in the control room showed the Prime Minister a system of monitoring the technical state of the data center and told about the UPS that in case of failure of all systems 15 minutes can ensure that the work of the centre.

Siluanov for his part, has shown a new unified portal of the budget system “the Electronic budget”, where all the participants in the budgetary processes in the country, which greatly simplifies the procedure of forming the budget.

During the presentation of the Treasury Medvedev told about the intention to centralize all information resources data center data migration is expected to take two years. Medvedev also said that the data center enables use of essentially banking transactions.