MOSCOW, December 7. The Chairman of the Duma Committee on international Affairs Alexei Pushkov links the failure of the ruling Socialist party at regional elections in France since the failed migration policies of Paris and anticipates a further strengthening of the position of the National front of marine Le Pen and Republicans Nicolas Sarkozy. He stated this.

Late with the counter terrorists

The first factor that influenced the success of the opposition, Pushkov called the attack in Paris on 13 November that, in his opinion, “is a consequence of the failure of the current French authorities to control flows of refugees, to confront the threat posed by Islamic radicals – both the new ones arrive from the Middle East and those of the radical movement are recruited in France living among Muslims”. 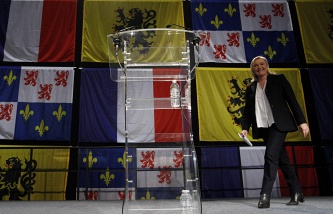 The second reason, according to him, this understanding is a significant part of the French that the current French government was not able to respond promptly to the threat of “Islamic state” (banned in Russia terrorist group) in the middle East.

“Instead of directing all the forces to fight ISIL (the former name of the group) in Syria and Iraq and to convince to do it their allies, France as part of the American coalition for more than a year waited until ISIS will be strengthened, consolidated and will move to the active terrorist activities in Europe”, – stated the parliamentarian.

He had no doubt that many French people understand – “the inaction of the American coalition, which includes France, against ISIL in the past two years has played a extremely negative role, including responsibility for the terrorist attack in Paris”.

The similarity of the positions and natsfronta “right”

Pushkov drew attention to the similarity of the reasons why French voters voted for the party of marine Le Pen and Sarkozy, which was on the second place by results of elections.

“And Le Pen and Sarkozy have long warned about the dangers of uncontrolled immigration process and warned that neither the EU nor France has no adequate policies in relation to refugees and the threat that they carry with them”, he said.

In his opinion, the recent events only confirmed the correctness of this criticism, because among the participants of the terrorist attacks in Paris at least two people were registered as refugees from Greece, and with Syrian passports.

“This only confirms the validity of the allegations made and the national front, and a large part of the French “right-wing”, i.e. the Republicans Nicolas Sarkozy.

The third reason for the failure of the socialist party in the elections Pushkov believes the reaction to the dependence of France on foreign powers, especially the US and the EU. 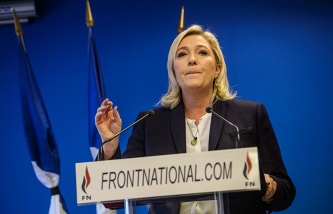 “The French see that the EU is absolutely not cope with the migration problem, the approach (Chancellor) Angela Merkel “will take all, and then we will see” the French are not satisfied, it is regarded as a threat, and everyone understands that (French President, the socialist leader) françois Hollande to oppose this,” he said.

“The French want tougher, more muscular policy towards migration, because the policies that are adopted now, is the lack of policy consequences already, and many fear that they will be”, – said the Chairman of the Duma Committee.

“Overworked” in a geopolitical game

The majority of the French see that the EU and France, in particular, the “overworked” in the geopolitical game in the middle East, primarily in Syria, Pushkov said. “French voters do not care who will be President in Syria (Bashar al -) Assad to a French citizen did not pose any threat. The threat comes from radical Islamists and the ISIS,” he said. 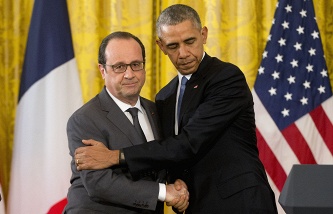 “From the United States Hollande expected more”: the mass media about negotiations by the US and France

However, rather than concentrate all efforts on the fight against them (terrorists), the Western coalition is engaged in the overthrow of Assad and puts it not in the forefront, he said. He pointed that Hollande just after the attacks declined the position. “I think it’s also perfectly understand in France – the first place for the United States are their own geopolitical interests, and France “povertyvajut” under these interests,” Pushkov said.

“While the US and the Western coalition engaged in the overthrow of Assad, ISIL has strengthened, expanded, and prepared a terrorist attack in Paris. I think it’s payback – high voting results for the national front and right wing Sarkozy, who converge on migration, on refugees. Retribution of the ruling socialist party for policies in this area, which does not suit the French,” – said the head of the Duma Committee. “And I believe that this is not the end of the play, I think the mood in favor of the National front and the Republicans will grow”, he concluded.