In accordance with the agreement, Russia and South Ossetia agree on a reciprocal basis and under specified terms to communicate to each other the persons convicted to serve their sentences in their state of nationality. 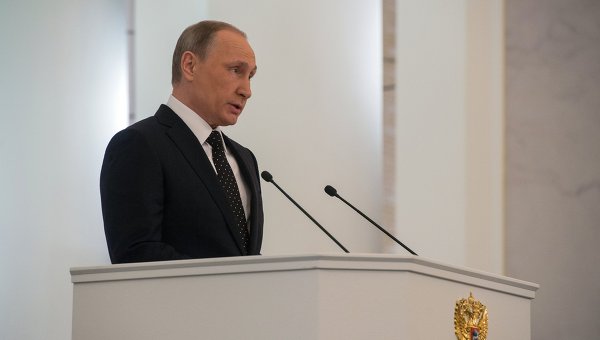 MOSCOW, 7 Dec. The President of Russia Vladimir Putin submitted for ratification to the state Duma the agreement between Russia and South Ossetia on the transfer of sentence persons sentenced to deprivation of liberty follows from the database of the lower house of Parliament.

The Treaty was signed in Moscow on 14 October 2014 for the development of international legal base of Russian-South Ossetian cooperation on transfer of persons sentenced to deprivation of liberty.

According to the text of the Treaty, the parties undertake on a reciprocal basis and under specified terms to communicate to each other the persons convicted to serve their sentences in their state of nationality. The Treaty sets out the conditions for the transfer of convicted persons, are established requirements to the form and content of transfer requests and responses to them, requests.

As follows from the explanatory notes, the Treaty contains other rules than provided for by the legislation of the Russian Federation.

“In particular in the transfer shall be refused if the convicted person has not fulfilled any financial obligations arising from court decisions, or not sufficient, in the opinion of the sentencing state, the guarantees of such obligations. Criminal procedure code of the Russian Federation the specified grounds for refusing the transfer of the convicted not provided”, — stated in the explanatory Memorandum.

The Treaty contains clauses that are the subject of regulation which are the fundamental rights and freedoms of man and citizen. So, after the transfer, the convict may not be prosecuted or convicted in the administering state for the same acts that led to the sentencing in the sentencing state.