MOSCOW, December 7. The cost of futures for oil of mark Brent with delivery in January 2016 on the stock exchange ICE in London fell by 2.4% to $41,98 per barrel. 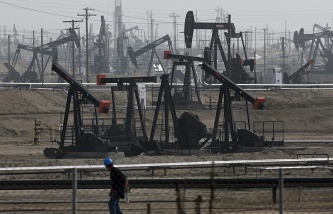 “The decision of the OPEC on increase in quotas has pushed the price of “black gold” to 5-year lows. And although much of the cartel before only adjusted the level of the quota and the actual volume of production in recent years, however, for such a thin market that was more than enough,” explains the dynamics of oil analyst at Nordea Bank Dmitry Savchenko.

“It is worth mentioning that except for some months of 2014, the cartel in fact, since the end of 2011 produces the production above the set quota. That is, the situation in the market cardinally has not changed. The inability or unwillingness of key players to coordinate on the market, and excess supply coupled with moderate growth in demand, will be pressuring prices in the future”, – the expert believes. 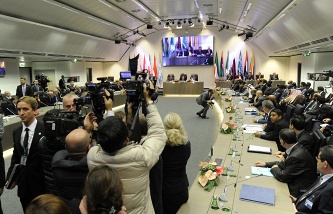 Currently the volume of oil production by OPEC members is estimated to be 31-32 million barrels./day.

The previous quota was 30 million barrels./day. As stated by the Minister of oil of Iraq, the decision on quotas was not adopted because of the position of countries outside the cartel. In his opinion, to stabilize oil prices, all countries should set limits on production.

He stated that because of the absence of such limitations the prices of oil fell to its current level.