MOSCOW, December 7. A preliminary investigation into the case of riots on Bolotnaya square in may 2012 extended until next spring.

This was reported by a source close to the investigation.

“The preliminary investigation has been extended to 6 March 2016,” – said the Agency interlocutor.

The case about mass disorders on Bolotnaya square in Moscow was initiated after the events of 6 may 2012, when permitted by the authorities of the opposition rally turned into clashes with police. 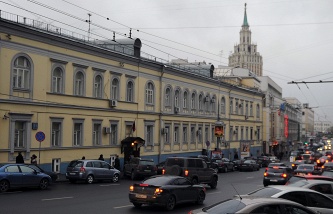 Arrested the next participant of the riots on Bolotnaya square

The ECtHR took into consideration the complaint Razvozzhaev on the sentence

One of persons involved in “marsh business” Alexey Polikhovich parolees

The ECHR has handed down its first decision on “Bolotnaya square case”, obliging Russia to pay €7 thousand

In total, the main so-called “Bolotnaya case” there were about 30 people. In some of them the criminal prosecution terminated as a result of the Amnesty declared to the 20 anniversary of the Constitution of the Russian Federation.

The last defendant in the case was the informal leader of the leftist movement “Autonomous action” and editor of the newspaper “Moscow train” Andrey Bychenkov. Basmanny court of Moscow sanctioned his arrest for two months – until February 2nd.

According to his lawyer Svetlana Sidorkina, this decision has been appealed against in Moscow city court. She also confirmed the information about the extension of the period of investigation.

The decision of the ECHR

On 17 September the European court of human rights (ECHR) upheld the complaint of defendants in the “Bolotnaya case” and ordered Russia to pay Leonid Kovyazina, Savelov Artem and Ilya Gushchin a total of €7 thousand “Compensation Savelovo should amount to €3 thousand, and Cavasino Gushchin – €2 thousand”, – said in a document posted on the court’s website.

Kovyazin was accused of participation in mass riots. December 19, 2013 Zamoskvoretsky court of Moscow has stopped criminal prosecution of the four defendants in the “Bolotnaya case” on the Amnesty declared by the state Duma in connection with the 20th anniversary of the Constitution of the Russian Federation, Kovyazin fall under this Amnesty.

Savelova were charged with participation in mass riots and use of violence against a representative of authorities. 24 February 2014 the Zamoskvoretsky court of Moscow pronounced a sentence concerning eight persons involved in business. The court sentenced seven defendants, including Savelova, to real prison terms from 2,5 to 4 years in a General regime colony.

Gushchin was charged with participation in mass riots. August 18, 2014 Zamoskvoretsky court of Moscow sentenced him to 2.5 years in a penal colony.