Deputies of the Dagestan in the Duma introduced a bill to deprive of the Russian citizenship of those involved outside the country in terrorist activities, as well as those who during conflict have committed acts against Russian peacekeepers or Russian armed forces. 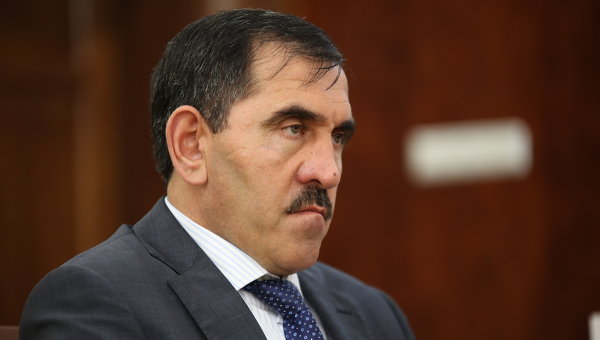 NALCHIK, 7 Dec –. The head of Ingushetia Yunus-Bek Yevkurov maintains submitted to the state Duma a bill on the revocation of citizenship of terrorists and persons involved in military conflicts against Russia, said Monday the press service of the head region.

On Friday deputies of Dagestan in the Duma introduced a bill to deprive of the Russian citizenship of those involved outside the country in terrorist activities. In addition, citizenship is proposed to deprive those who are in the international, inter-ethnic, inter-territorial or other armed conflict, commits or has committed acts against the Russian contingent of peacekeeping forces or against the Armed forces of Russia.

“It is crucial to work out appropriate mechanism. What is the belonging to a terrorist organization? This position should be formulated very clearly,” said Yevkurov.

“If there are grounds for deprivation of nationality, and such basis may indeed be involved in terrorist activities, then this norm should be taken on the legislative level”, — said the head of Ingushetia.

In September Yevkurov took the initiative on deprivation of the Russian citizenship of those who went to fight on the side of the Russian Federation banned the terrorist group “Islamic state” (in the Arabic version of DAYS).