SIMFEROPOL, December 8. The head of the Crimea Sergey Aksenov banned to register in the region of the transaction on the decisions of Ukrainian courts. 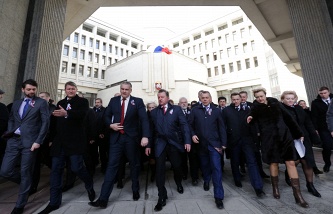 Legal integration of the Crimea in the Russian Federation: a unique experience of lawmaking

He said this at a meeting of the government of the Republic.

According to him, the building began to receive packages of documents on the decisions of the courts on the territory of Ukraine and transactions, certified by Ukrainian notary.

“You need to stop the whole registration. Please connect the Prosecutor’s office to this situation. Make provisions to find the legal requirements. A single document on the decision of the Ukrainian courts, Ukrainian notaries should not be”, – said Aksenov.

Thus the head of the Crimea has responded to the received documents about the alleged perfect a few years ago the purchase of an unfinished nuclear power plant in shcholkine. 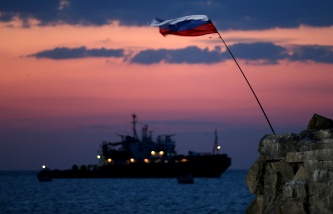 “A nuclear power plant in shcholkine, it appears, sold in 2005 for 1 million. All this under disassembly. In hindsight all done. There’s a scammer on the scammer – said Aksenov. We spoke with the heads of law enforcement agencies to bring criminal charges against officials who allow themselves to provide for the registration of such property.”

According to the head of the Crimea, such transactions should be carried out only through the Russian judicial authorities.