Hydrocarbon supplies from Russia is a significant share in the energy balance of Turkey, the questioned analysts. European “fashion” on the reduction of energy dependence on Russia may lead to the country’s large losses. 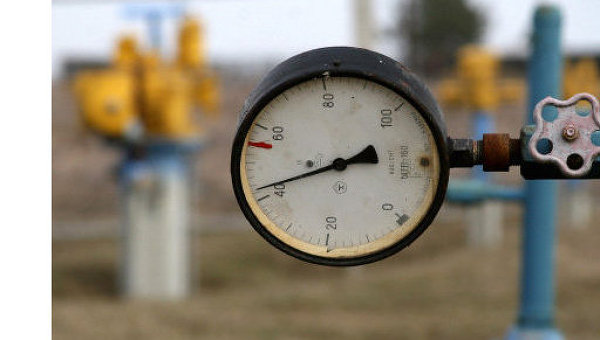 MOSCOW, 8 Dec. Elena Davydenko. Turkey in the case of the deterioration of relations between Ankara and Moscow would be problematic in the near future to replace the supply of hydrocarbons, especially gas from Russia, because they occupy a significant share in the energy balance of the country, according to polled analysts. So who came from Europe “the fashion” on the reduction of energy dependence on Russia may turn out to the country a loss of time and money.

Relations of Russia and Turkey are in crisis after November 24, Turkish F-16 shot down in Syria, the Russian bomber su-24. The Russian President Vladimir Putin called it a “stab in the back” by the accomplices of terrorists. The head of state signed a decree on measures to ensure national security and on the special economic measures against Turkey, and the government promulgated a regulation in furtherance of this decree.

Earlier Tuesday, Prime Minister Ahmet Davutoglu said about the possible introduction of retaliatory sanctions against Russia if necessary. At the same time, he expressed hope that the crisis in relations between the two countries will be overcome, and these measures do not have to resort.

“I think that they will not impose sanctions on gas supplies, as this would be extremely burdensome from an economic point of view. And energy security is also very problematic, as approximately 50-60% of gas consumption in Turkey is importing from Russia”, — said the Deputy Director of the national energy security Fund Alexei Grivach.

“I would notice right here that how would Europe want to reduce its dependence on Russian gas, nothing happens. Here is something to think about and Turkish partners. Because they can turn from still reliable Russia and get to embrace middle Eastern friends who are not consistent either in friendship or in business,” said analyst of “Sberbank CIB” Valery Nesterov.

Given the current glut of oil on the market, Turkey is, in principle, to replace the supply of oil and oil products from Russia, Nesterov believes. According to him, first of all, there is the possibility of additional supplies from Iraq, as Urals crude oil quality is close to the Kirkuk crude oil from Kurdistan. In addition, Iran could exploit the situation if possible.

“So I think that from the standpoint of restrictions on the supply of Russian oil and oil products options are possible here, but it all depends on the contract basis. There are long term contracts that have to perform. So I don’t think that speech can go about a complete cessation, but rather about a gradual reduction of dependence on deliveries of oil and oil products from Russia,” — says the analyst.

However, with regard to gas, there’s Turkey in a more difficult position. Currently, the country receives gas from four sources, the main of which is Russia.

According to industry experts, these volumes quickly to replace supplies from other sources is not possible. “Instantly to renounce Russian hydrocarbons they (the Turks — ed.) can not, because the consumption of Russian gas is probably 50-60% (of the total consumption of Turkey — ed.)”, said Raiffeisenbank analyst Andrei Polishchuk.

In addition to Russia, Turkey receives gas from Iran. “There about 6 billion cubic meters per year, and delivery (are — ed) with problems. Iran high pictures exhibited, they were sued… And the pipe has not yet been built. And I don’t think that Iran in the coming years could significantly increase exports to Turkey,” says Nesterov.

Azerbaijan is also a source of gas supply in Turkey. But those supplies, which may be carried out in the framework of the under construction projects — TANAP and TAP — all contracted, of which only a portion are intended for Turkey. “To increase these supplies is problematic, because this pipe is built mainly for Europe. Europe needs gas. I prospects of expanding supplies to Turkey also does not see”, — said Nesterov.

The fourth source is liquefied natural gas (LNG). But Turkey has an insufficient number of receiving terminals, while increasing imports will need to build. Will require underground gas storage (UGS), but this store is from Turkey so far only one.

“Potential sources of gas supply. By 2020 it is expected the excess supply of gas in connection with the launch of many projects in the USA, in Australia, for example. Nearby there is a lot of gas in Qatar. But it is more expensive… Everything is against common sense and against the economy. Gazprom offers reliable delivery, short arm supplies, long experience of cooperation”, — says the analyst of “Sberbank CIB”.

“Physically at a certain voltage on ineffective projects Turkey will be able to reduce dependence on Russian gas supplies within a few years, but at a high cost and high probability that relationship between the two countries will be restored to normal,” says Nesterov.