The Eurasian economic Commission in August sent a letter to the President of the European Commission Jean-Claude Juncker’s proposal to begin the process of cooperation, but the answer is still not received, informed the head of Department of integration of the EEC Viktor Spassky. 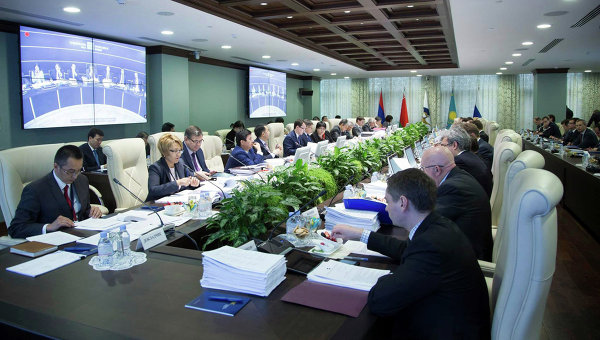 “In August we sent a letter from our Commission to the President of the European Commission Jean-Claude Juncker’s proposal to begin the process of cooperation in various fields. For example, in the field of technical regulations. But we have not yet received any response,” he said on the sidelines of the conference Doing Business with Eurasian Union

He stressed that such a dialogue is necessary both sides, as its absence complicates the process of cooperation between the European and Eurasian businesses. For example, there are a number of projects, in particular in the field of pharmacology, which may experience difficulties in launching within the EEU, because of the delays in the negotiations.

“So we hope to get an answer as soon as possible”, — he said.

According to diplomatic practice, the answer to such a query takes a month. However, Brussels remains silent and gives answers indirectly through the press. Thus, the European Commissioner for trade Cecilia Malmstrom in November in an interview to the media stated that the formalization of the European Union’s relations with the EEU is only possible in the case of the full implementation of the Minsk agreements.

The EU also expects from Russia the abandonment of economic sanctions against Ukraine because of a free trade zone with the EU. Thus, the EU tries to bring the issue of technical regulations and standards between the two economic unions in the political arena.