MOSCOW, December 8. /Corr. Nikita Zharkov/. Long preservation in oil prices below $40 a barrel after the meeting of the Organization of countries – exporters of oil (OPEC) last week carries certain risks for the Russian economy, experts say, noting that the market could exaggerate the results of the meeting, describing them as an intention not to limit the world production.

The price of a barrel of Brent oil today fell below the critical $40 per barrel. That kind of cheap this brand of oil was only in February 2009. Since October the price of Brent fell by 26%, and by fresh impetus to the decline in oil prices led OPEC in Vienna on 4 December. 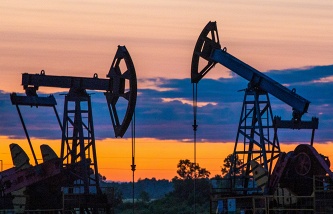 So, since last Friday the price of Brent crude fell by 8.5%. According to the results of 168-th meeting on 4 December, the Ministers of oil of the OPEC has not taken a clear decision on production quotas because of the position of countries that are not members of the organization. Currently the volume of oil production by OPEC members is estimated to be 31-32 million barrels/day. The previous quota was 30 million barrels/day.

“If current oil prices persist for several months, and for a long time, then these are the risks for the economy. Because we have then there is a high risk that the 2015 scenario will repeat next year, with negative growth and a weakening ruble. And if oil prices will recover to be closer to $50/bbl, there will be some macrostabilization and nothing bad will happen”, – said the chief economist for Russia and CIS “Renaissance Capital” Oleg Kuzmin.

Although the current decrease of oil quotations has not yet exceeded the magnitude of the crash of 2008, yet the price of Brent below $40 per barrel falls under the stress scenario the Central Bank of the Russian Federation. However, this scenario represents a continuation of oil prices below $40/bbl. over a three year period.

The market has exaggerated the significance of the OPEC meeting

While some analysts felt that the value of the OPEC meeting was overvalued. The Russian authorities and the heads of major oil companies argue that the cartel, which defined the world prices for oil for decades, lost its importance and was no longer able to play the role of market regulator.

“Yesterday’s declines by more than 5% was due to the negative attitude of the market, based on reports that OPEC does not intend to restrict the supply in the global oil market. The OPEC statement did not really mention production quotas, but we believe the market has grossly exaggerated the significance of this event. In the end, OPEC actually adhered to the policy that does not limit production, since November 2014. It would be naive to expect that the cartel will decide on the premature step that will only prolong the crisis and will not solve the problem,” says Sberbank CIB analyst, Vitaly Ermakov. 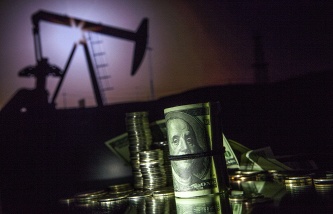 At the moment there is no definite opinion about where oil prices will go in the next two weeks, says the analyst of Gazprombank Alexander Nazarov. “Fundamentals still indicate that oil prices may remain under pressure at least for the next 6 months before the oil market will find its equilibrium from the point of view of supply and demand. And in the second half of 2016, we can expect growth,” he said.

Cheap oil is dangerous for the budget, especially if the rouble remains very sensitive to new lows oil. In such a situation, the ruble price of oil is also reduced and may not cover the needs of the budget. The correlation of the ruble with oil has weakened and can bring problems to the budget, says chief economist for Russia and CIS ING Bank Dmitry Polevoy.

“A further decrease in ruble prices for oil to levels 2840 USD/bbl, i.e., the minimum level since 2010, indicating “unwillingness” of the Russian currency to correct to the downside. The reason for this may be an excess of currency in the banking system, the stability of the current account amid falling imports, reduced demand due to sharp limitation of tourist traffic, as well as the ongoing refinancing of external debts, even partial. The current situation promises further challenges to the budget, therefore, from our point of view, the decrease rate of the Central Bank can remedy this situation”, – considers Dmitry Field. According to the forecast ING, Bank of Russia 11 December to reduce the key rate by 50 b.p. to 10.5%, which may slightly weaken the ruble.

Record-low oil prices are not terrible for Russian oil

Unlike the Russian budget Finance oil companies in the country are not so vulnerable to the negative effects of cheap oil. Oil production in Russia continues to hit highs, and in October, according to IEA, oil production in Russia has set a new record in post-Soviet Russia at the level of 10,78 million barrels per day. Moreover, the falling ruble compensates even the decline of oil to $40 per barrel.

The level of specific operating expenses for oil production in Russia declined from $5-7 per barrel in recent years to $2.8 per barrel in the current price environment, said on 7 September the President of Russia’s largest oil company “Rosneft” Igor Sechin. Capital expenditures Rosneft in the first half of 2015 amounted to $4.2 per barrel of oil. Rosneft has set out in the business plan for 2015 price of $50 per barrel, Sechin said.

The head of “LUKOIL” Vagit Alekperov in the beginning of the year stated that the price of oil may fall short to $25 per barrel. Thus, in his opinion, the 1st quarter of 2016 “LUKOIL” predicts a gold price of $45-50 per barrel. 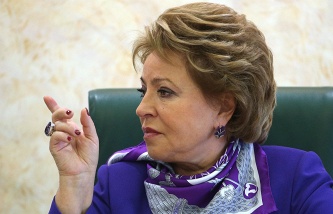 “In terms of operating results the special problems yet. While companies are reviewing their capital investment, and this may affect operating results in the future. The price of oil, which would stop production on some projects of Russian oil companies, is significantly below the current levels. I would guess that it’s closer to $ 2000 USD/bbl. If we take the rate of 70 rubles per dollar and oil at $ 40/ barrel, but now the ruble Brent crude oil price is 2800 roubles exactly”, said Raiffeisenbank analyst Andrei Polishchuk.

From the point of view of most economic models the decline in oil prices has a positive impact on the world economy, says an analyst on macroeconomic policies at the global markets “VTB Capital” Neil McKinnon. “The fall in oil prices by 10% in a year world GDP gives an additional 0.2 PP to growth. At the same time from cheap oil benefit of its consumers and net importers, and lose oil-producing countries,” he said.

In addition, the price reduction is extremely beneficial to the countries – consumers of oil, adds Vitaly Ermakov from Sberbank CIB. “China, taking advantage of the situation, is planning to double its strategic oil purchases in 2016, which will allow it to increase the strategic oil reserves of approximately 70-90 million barrels,” he said. The import of oil to China in 11 months of 2015 increased by 8.7% to 6,61 million barrels/day, and in November rose by 7.6% compared to the same period last year.