MOSCOW, December 8. Moscow considers unacceptable the Turkish military presence in Iraq without reference or approval of Baghdad. This was stated on Tuesday the Russian foreign Ministry.

“An additional and very serious source of tension is the illegal presence of the Turkish military on Iraqi territory near the city of Mosul, who arrived without proper treatment or approval of the legitimate Iraqi government. Consider such a presence as inadmissible”, – stressed in dipvedomstva.

4 December Turkey has deployed a contingent of its armed forces, including some 130 troops, tanks and artillery, in the camp of the Kurdish militia, the Peshmerga in Northern Iraq, where Ankara trains Kurdish fighters to attack Mosul captured by militants of the banned in the Russian Federation the terrorist group “Islamic state”. 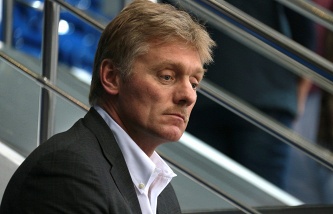 In the Iraqi foreign Ministry announced that Ankara sent troops without the consent of Baghdad, and warned that they consider this step as a “hostile act”.

On 6 December, the Prime Minister of Iraq Haidar al-Abadi said Baghdad reserves the right to apply any measures, including recourse to the UN security Council if the Turkish military not leave Iraq within 48 hours.

On 7 December , that the Turkish armed forces has suspended planned for the current week the movement of troops in Northern Iraq.

The decision was made in connection with .

It is reported that Turkey planned to send to the training camp of the Kurdish “Peshmerga” Bashika near Mosul 350 troops. Now they are ordered to wait at the border. If Ankara and Baghdad will be able to resolve the problem, these military will continue moving. Total, according to the channel, in the camp of Basica serve nearly 600 Turkish soldiers, and while the order of their withdrawal therefrom is not received.

Meanwhile, the matter is expected on 9 December will discuss in Turkey the head of Iraqi Kurdistan Masoud Barzani. During the visit talks will be held about the program as training the Peshmerga and the fight against militants of the terrorist group “Islamic States” (IG, is prohibited in Russia).