MOSCOW, December 8. The President’s press Secretary Dmitry Peskov did not comment the reports of anonymous sources about the intention of Russia to raise the issue at the UN security Council about military action of Turkey in Iraq.

“We need them and ask for the sources, we do not comment”, – said the representative of the Kremlin. He forwarded this question to the foreign Ministry.

Earlier, a diplomatic source at the UN reported that on Tuesday Russia may raise at a closed meeting of the UN Security Council the question of the deployment of Turkey’s military contingent in Northern Iraq without the consent of Baghdad. According to the interlocutor of the Agency, information on the convening of a separate Moscow meeting of the UN security Council is not true. “No. The issue will be raised at a closed meeting under “other matters” (Any other business)”, he said. Any decisions following consultations are expected. 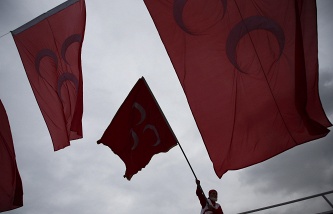 4 December Turkey has deployed a contingent of its armed forces, including some 130 troops, tanks and artillery, in the camp of the Kurdish militia, the Peshmerga in Northern Iraq, where Ankara trains Kurdish fighters to attack Mosul captured by militants of the terrorist group “Islamic state”.

In the Iraqi foreign Ministry announced that Ankara sent troops without the consent of Baghdad, and warned that they consider this step as a “hostile act”. On 6 December, the Prime Minister of Iraq Haidar al-Abadi said Baghdad reserves the right to apply any measures, including recourse to the UN security Council if the Turkish military not leave Iraq within 48 hours.