ANKARA, 8 December. /Interviewer/. The Turkish government has developed a package of measures to minimize its dependence for energy on Russia. The plan of diversification of the “energy basket” is designed for 2-2. 5 years, according to the newspaper “Sabah”. The Turkish government on Monday discussed the plan to minimize the consequences for the economy introduced by Russia of economic sanctions. To announce their plans soon.

According to “Sabah,” the diversification plan provides for the acceleration of the project TANAP, designed to transport Azerbaijani gas to Turkey and Europe, the supply of “blue fuel” from Turkmenistan and Kazakhstan, liquefied gas from Qatar in addition to Algeria and Nigeria. Along with this, Turkey plans to increase gas storage capacity, in this regard, decided to build a new store, the newspaper writes. 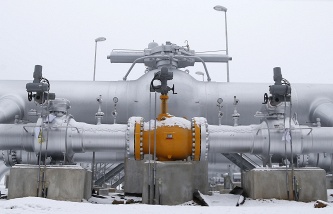 “The expected duration of the independence of Turkey in the energy sector – 2-2,5 years. By the end of the process Turkey will continue cooperation with Russia in the energy sector, the existing agreement will remain in force, but are ready alternatives”, – the newspaper writes. “Sabah” notes that parallel to the search for alternative gas markets, Turkey will give priority to projects of construction of NPP.

According to local media, one of the concrete steps towards reducing dependency of Turkey in energy carriers from the Russian Federation was adopted by the Azerbaijan’s decision to reduce by 40% the price for transporting natural gas.

“After talks with Qatar, Azerbaijan, Northern Iraq and other countries in the coming years we will minimize our energy dependence on Russia”, – quotes the newspaper “bir gun” economy Minister Mustafa of Alitash.

According to the newspaper Milliyet, Turkey consumes annually about 50 billion cubic meters of natural gas, and almost half of the volume (48,2%) are used to produce electricity. 20% have gas for heating homes. 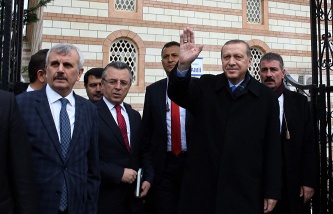 Last year 65% of gas delivered to Turkey through pipelines, came from Russia. “Let us hope that relations with Russia will improve, and she will not play with the gas tap,” writes economic commentator of Milliyet, Gungor Uras.

Turkish experts believe it is unlikely in the current circumstances, the termination of gas supplies from Russia.

“Russia has prisoners and the gas agreement, I don’t think she will go to their breach or rupture, as it is fraught with fines,” said a leading Turkish expert on energy, the representative of Turkey to the world energy Council Necdet Pamir.

President Recep Tayyip Erdogan after the announcement of Russia sanctions said that Ankara “will not disappear” in the event of termination of gas supplies from Russia and will find other providers.

The first step, or “plan A”, as called by the local media, in the search for alternatives to Russian gas was the signing on 2 December with Qatar Memorandum of intentions providing for the supply of Turkey liquefied natural gas. The document was signed during a visit to Doha Erdogan. 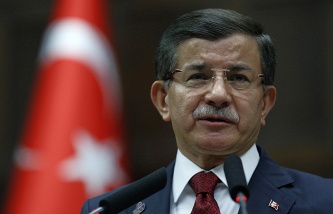 Turkey retaliates on sanctions against Russia “if necessary”

The supply volumes and the contract amount is not called. It is noted that the intergovernmental agreement between the two countries will be signed soon, and it will specify the volume of gas purchases.

“Plan B”, according to Milliyet, provides for the acceleration of the implementation of the project TANAP. With this purpose Azerbaijan last week called for the head of Turkish government, Ahmet Davutoglu. During it, reportedly, an agreement was reached to complete the project by 2018.

The TANAP project cost of $9-10 billion envisages gas transportation from the Shah Deniz field. The initial capacity of the mainline with a length of 1350 km is expected to be 16 billion cubic meters of gas per year. About six billion of them will be supplied to Turkey, while the remaining volumes to Europe.

At the end of last week it became known about the presence in Turkey’s “plan B”, maybe not the last, providing for the purchase of gas in Northern Iraq. To this end, according to Milliyet, the end of the current year it is planned to hold a tender for the construction of a gas pipeline in bordering Iraq province of shirnak length of 185 km

Natural gas from Northern Iraq in the first place planned to be used to cover needs in the South-Eastern provinces of Diyarbakir and Mardin, from where will start the construction of the pipe.

It is expected that first gas from Northern Iraq will flow through a new pipeline for 2-3 years. In the first stage, the annual volumes are planned at 10 billion cubic meters, by early 2020 they will grow to 20 billion

According to Milliyet, referring to the information of Western experts, the gas reserves in Northern Iraq make up about 5 trillion cubic meters, and sufficient to meet the needs of Turkey for 50 years.

The causes and consequences of the crisis

The crisis in relations between Moscow and Ankara has arisen in connection with the incident on November 24 in the skies over Syria near the border with Turkey, where Russian su-24 bomber was shot down by a fighter jet of Turkish air force.

Immediately after the announcement of the Russian economic sanctions of Turkey was created a “crisis Commission”, headed by Deputy Prime Minister Mehmet şimşek.

He stated that the worst case scenario, Turkey will lose as a result of the crisis $9 billion.