Parametric recorder will determine the trajectory of the su-24 from the moment of takeoff and until the fall, and figure out where it was given a “treacherous blow”, the President said. 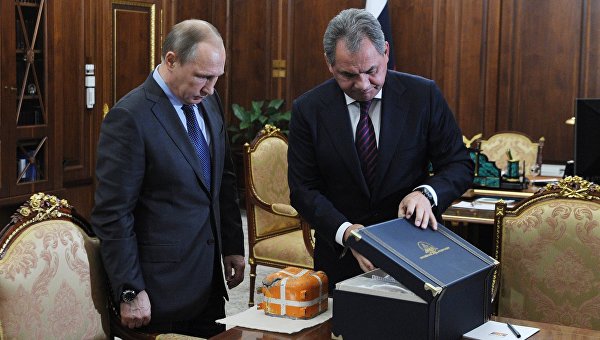 MOSCOW, 8 Dec –. The decoding of the parametric flight recorder, which was shot down over Syria the Russian su-24, will help to determine the exact trajectory of its movement, where it was in the time of destruction, where it was given a “treacherous blow”, said the President of the Russian Federation Vladimir Putin.

“As I understand it, parametric flight data recorder will give us the opportunity to accurately understand the trajectory of su-24 from the moment of its takeoff until the moment of the fall: speed, altitude, all the turns while moving”, — he said at a meeting with defence Minister Sergei Shoigu.

“I mean, we can figure out where he was and where he was dealt this treacherous blow from the Turkish air force,” — said the Russian leader.