“The visit of Indian Prime Minister to Moscow came at a very responsible and hectic time, he said. – It is not surprising that all that we discussed today in new Delhi, which largely addressed the issues of fighting terrorism and with radical forms of Islam. The Indian side in this matter fully supports the efforts of Russia, including against more radical religious terrorism – ISIS”.

As noted by Dmitry Rogozin, “India has huge experience in this fight, and the experience is dramatic”. “In all these meetings, including with the government of Narendra modi, the Indian side expressed condolences regarding the terrorist act committed against our civilian aircraft, returning from Egypt, and, in fact, the terrorist attack against our bomber, which served a legitimate combat mission in Syrian airspace,” he said. 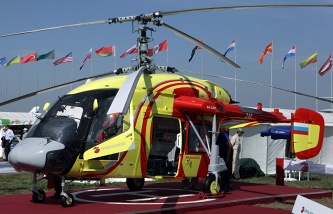 According to Dmitry Rogozin, the further successful development of trade and economic relations of India and Russia will help “command decision” on chronic problems of cooperation in some projects.

“There are chronic problems afflicting our relationship in matters of trade and economic ties in recent years, he said. – It is time to make “command decisions”.

Dmitry Rogozin said, in particular, that “it is about the protection of Russian investments in AFK “System” and the so-called “titanium project”.

“Today during the discussion of these issues, the Prime Minister of India expressed willingness to find a way to visit to make a determined attempt to remove these problems,” he said.

Russia needs India as a major trading and economic partner

“In terms of sectoral sanctions, which is now Russia (although she fights with them and opposes them with its economic dynamism), we need a big partner, who will fill the vacated niches of cooperation that emerged as a result of our response, he said. – Sure, they should and can be filled with Indian producers”, – said the Russian Deputy Prime Minister.

According to him, “first can seem that the emphasis we do on military-technical cooperation, but now it is not so.” “We need in India, especially in major trade and economic partner in conditions when we cannot continue as if nothing had happened economic cooperation with countries such as Turkey, which, in fact, behave treacherously, treacherously and did what will drop our relations far back, – said Dmitry Rogozin. – So there was a huge space for the development of Russian-Indian trade and economic relations”.

According to the Russian Deputy Prime Minister, the strong-willed decision of old problems on a couple of failed projects that “burdened Russian-Indian relations in recent years”, will help lift trade and economic ties between the two countries.

Russian-Indian nuclear cooperation is moving in the right direction

Rogozin also said that Russian-Indian cooperation in peaceful atom “is moving in the right direction.”

“Between the two parties was held to discuss further development of the NPP “Kudankulam” and the construction of new stations on Russian design at other venues in India, he said. – I would not like to anticipate the outcome of the forthcoming in Moscow on 24-25 December bilateral summit, but I can say that we are moving in the right direction”, – said Dmitry Rogozin.

Russia in accordance with intergovernmental agreement of 1988 and the addition to it of 1998 in India is building the nuclear power plant “Kudankulam”. First unit of the plant is the most powerful and safe in India and meets the most modern safety requirements. The unit was plugged into the national power grid of India in 2013. He passed in annual warranty maintenance period, which will last until the end of 2015. In the second block are pre-launch work.

In the spring of 2014, the Russian Federation and India signed a General framework agreement on construction of the second phase (third and fourth blocks) of the NPP, and in December – the documents, allowing to start the construction.

Also in December of last year Moscow and new Delhi signed a document on strategic vision for the serial construction of power units using Russian technology in India. The document defines the plans for construction in India more than 20 nuclear power plants, cooperation in NPP construction on Russian design in third countries, and joint uranium mining, nuclear fuel production and waste disposal.

In addition, Dmitry Rogozin said that Russia has something to offer India in the field of cooperation in space exploration.

“In 2015, “the Roscosmos” has been seriously preoccupied with domestic reforms in the transition to a single state Corporation, he said. But from 1 January 2016 the Corporation will remain the sole entity governing the policy of Russia in the field of space exploration, and today we agreed the first steps in its cooperation with the Indian space research organization”.

As explained by Vice-Premier of the government of the Russian Federation, discussed the development of a constellation of satellites to remote sensing of the Earth and the creation of a ground architecture, including navigation groups. “We have high-quality huge export potential associated with a rocket engine, which we can offer India in the future, when she will join the regime MTCR (missile technology control), – said Dmitry Rogozin. Is something with which we actively collaborate, even with the Americans, and despite their restraint in this matter, they are forced to recognize Russian the perfection of this kind of technology.”

Russia sees great potential in the partnership with India

Russia sees great potential in the partnership with India and is ready to help her with technology that is no longer going to share no country, said Rogozin.

“For Russia, India – partner, with whom we have practically no restrictions from the point of view of our international obligations, with the exception of certain issues, such as the MTCR (missile technology control), but it’s a matter of time,” said Russian Deputy Prime Minister.

He noted that during the meetings the Indian side had expressed great interest in obtaining modern Russian technology.

“India is very interested in technology, which precisely none of the countries trying to be friends with her, never will share with their own national self-interest and narrow-mindedness, – said Dmitry Rogozin. – We see here big prospects”.