MOSCOW, December 8. Rosavtodor today discussed the 7 regional projects in the automotive industry totaling more than 130 billion rubles in the framework of selection with the use of public-private partnerships for co-financing from the Federal budget the income received from fees truck – system “Platon”. The correspondent reports about it from the presentation of the projects.

All the projects envisage a toll for vehicles. The timing of projects range from 3 to 5 years.

The projects will attract private investments 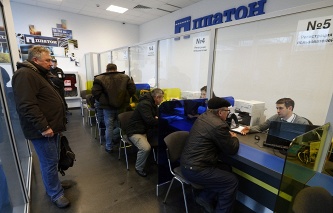 Infrastructure facilities are proposed for implementation by raising funds from private investors, as well as have special significance for the development of transport infrastructure of the country, said the Federal road Agency.

“These projects are more or less elaborated, and will be the first, if you are applying. Now this is not happening due to the fact that the legislation does not regulate this process. During the month we will consider the application in the region. After that, the Commission under the Ministry of transport decides on funding opportunities and the compliance of the application requirements. Then we sent the documents to the government Commission. According to the method the Commission will meet twice a year, but often not required. Thus, decisions on the allocation of funding will be accepted twice a year, but in General terms of conclusion of the agreement together with the financial closure is over a year. Regions will feel the effectiveness of fee collection in 2016”, – said the Deputy head of Rosavtodor Dmitry Pronchatov.

However, he stressed that the list of projects at the Agency significantly more presented today.

As previously reported, about 39 billion rubles provided for in the draft Federal budget for 2016 as revenue to the road Fund from the “Plato” will be used to support regional public-private partnership and artificial road constructions. In accordance with the instructions of the Minister of transport of the Russian Federation Maxim Sokolov participated in the discussion and selection of specific objects for which funds will be allocated from the Federal road Fund will also be attended by representatives of the market of automobile cargo transportation.

Among the main objects of funding the construction and reconstruction of roads, bridges and overpasses, and other unique objects of artificial road constructions according to orders of the President and the government of the Russian Federation.