The auction was to be held on December 1, but was not held due to the lack of eligible participants. “Foros” was the first nationalized subject Kolomoisky in the Crimea, put up for auction. 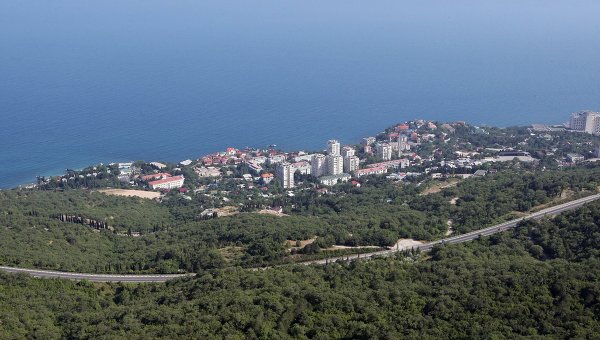 SIMFEROPOL, 8 Dec. The sale at auction of the sanatorium “foros”, which was previously owned by Ukrainian oligarch Igor Kolomoisky, is postponed to the end of the year and will be held on December 30, said at the meeting of the Crimean government, the head of the Republic Sergey Aksenov..

The auction for the sale of the sanatorium, scheduled for 1 December, was not held due to the lack of eligible participants. Crimean authorities later stated that tendering in emergency situations in a timely manner.

“The auction did not take place previously, emergency situation us a bit spoiled. The auction will take place on December 30,” — said Aksenov.

The power system of the Crimea more than a week worked in stand-alone mode. The Peninsula was completely de-energized in the night of November 22, as a result of blasting two transmission poles coming from the Ukraine. In Crimea and Sevastopol, imposed a state of emergency, schedules of emergency outages. After 10 days the President of Russia Vladimir Putin arrived in Crimea and has launched the first phase of the power bridge from the Krasnodar region through the Kerch Strait, which gave the Peninsula a further 230 MW, until December 20, is expected to be 230 MW, which will significantly reduce the shortage of electricity.

“Foros” was the first nationalized subject Kolomoisky in the Crimea, put up for auction, the proceeds of its sales, as reported, will be spent on compensation of deposits of the Crimean people, whose savings were frozen in PrivatBank of businessman. The Bank itself after the reunification of the Peninsula with Russia left Crimea without fulfilling obligations to customers. Initial price offered for auction in mid-October, is 1,421 billion.