MOSCOW, December 8. The leader of the Motherland party, state Duma Deputy Alexei Zhuravlev (faction “United Russia”) asked the Prosecutor General’s office to check the information about the financing of the TV channel “Rain”.

In the Deputy request (copy available) to the Prosecutor General Yuri Chaika, the MP refers to data published on the website Ruposters, according to which channel has been allocated funds in the amount of more than 1.8 million rubles for “creating inter-program commercials and their placement on air of TV channel” the Polytechnic Museum. 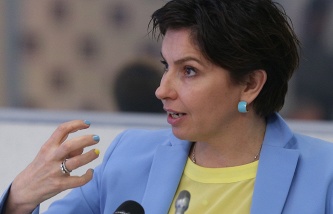 The General Director of “Rain” announced the Prosecutor’s checking channel

“Due to the doubtfulness of the transaction and the lack of justification of spending of public funds, we ask You to instruct the Prosecutor to carry out an inspection on this fact, and also check the transaction for compliance with the legislation of the Russian Federation”, – stated in the document.

In addition, according to Zhuravlev, “an individual Prosecutor’s check requires the fact of cooperation of TC “Rain” with the holding company on the sale of foreign cars in Russia “Rolf”.

The MP recalled that, under the law, advertisers that collaborate with cable TV channels, must meet a number of criteria. “In connection with the possible violation of applicable law TC “Rain” we ask You to instruct the Prosecutor to carry out an inspection on this fact”, – stated the Deputy’s request.

About results of check the Deputy asked for to inform it “in time”.

A similar request Zhuravlev prepared in the Investigative Committee of the Russian Federation.