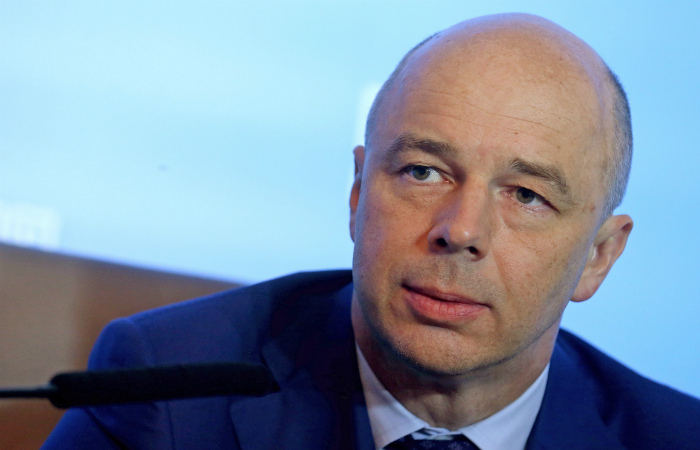 Moscow. December 8. The Board of Directors of the International monetary Fund approved a new rule allowing debtors to lend even in the event of a default on sovereign debt, reported Bloomberg Agency with reference to the representative of the Fund Jerry rice.

The Russian Finance Minister Anton Siluanov said that the decision by the IMF on changing the organization’s policy against countries in arrears to official creditors, made solely at the expense of Russia and forcing Russia to prepare documents to the court at the Ukrainian debt.

“The decision to change the rules looks hasty and biased. Is made solely to the detriment of Russia and to legalize the possibility of Kiev to pay its debts,” he told reporters.

Siluanov noted that Russia has made a step forward, offering a solution to the debt problem of Ukraine.

“Turned to the IMF because they knew that Kiev does not resolve its debt problems on its own”, – said the Minister. However, according to him, the Russian party “was invited to lead the negotiations along with commercial creditors”.

“It’s not constructive dialogue, the circle is closed. In these circumstances we have no other choice but to use all possibilities to protect their rights as a creditor. We are preparing the documents to appeal in court,” he said.

“Crumbling conditions worked out for years – policies of funding of the Foundation’s programmes have existed for decades and remained unchanged. Always sovereign creditor had priority over a commercial. The rules were reiterated and the specific role of the official creditor, which is especially important in times of crisis, when commercial lenders are turning away from the country and deprive it of access to resources. Let me remind you that Russia has supported Ukraine’s economy and has provided a loan to the country, not having access to foreign markets two years ago,” – said Siluanov.

According to the Minister, “on this background looks blatantly unwillingness of States to decide the issue of ratification of the agreement on the replenishment of the capital of the IMF, which would be very useful to solve the debt problems of Ukraine”.

“It’s much easier to change over the years formed the basic rules of the IMF to delay the decision to change the Charter of the Fund and its capitalization, which unsuccessfully has been for many years discussed at the group of twenty (G20 – approx. Interfax-AFI), than to decide on the merits of issues caught up in the defaulting countries implementing the IMF program”, – he said.

In addition, Siluanov said that Russia intends to initiate a meeting of the Board of Directors of the International monetary Fund (IMF) for official confirmation of the status of Ukraine’s debt to Russia.

“At the management level of the IMF we have confirmed the official status of a debt (the debt of Ukraine to Russia on Eurobonds worth $3 billion – approx. INTERFAX-AFI). Now we intend to initiate meeting of the Board of Directors of the Foundation for the formal confirmation of the status of the debt”, – he said.

Politics of IMF lending (Lending-into-Arrears Policy) excluded the possibility to provide funding member country of the Fund in arrears to the lender. Removing this restriction gives the IMF an opportunity to continue lending to Ukraine under the current program of the expanded financing, even if it will be in default before Russia released in 2014 Eurobonds for $3 billion.

The Finance Ministry has stated that Russia will give Ukraine to court if the borrower does not fulfill its obligations under the bonds on 20 December.

Russia also offered its version of restructuring of the Ukrainian debt with the installment repayment for 3 years under the guarantee of the USA, EU or first class international financial institution. However, the United States refused to provide guarantees.

The Russian foreign Minister Sergey Lavrov said that the US, refusing to provide a guarantee in the framework of the Russian-proposed debt restructuring of Ukraine, in fact, recognized the lack of prospects of restoration of its solvency.