MOSCOW, December 8. The Kremlin does not agree that this year the Russians experienced a sharp drop in income. 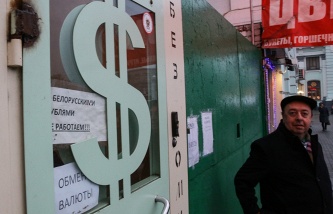 VTSIOM: economic problems lead the list of issues of most concern to Russians

“Your wording (on a sharp reduction of incomes of the population) – it is unlikely that it can agree with the point of view is too strong (falling incomes),” said presidential press Secretary Dmitry Peskov, answering journalists ‘questions about the actions of the authorities to prevent a sharp drop in Russians’ incomes.

“We are talking about those anti-crisis efforts of the Cabinet of Ministers in accordance with the existing program, with the plan of action,” said a Kremlin spokesman, speaking about the measures taken by the government.

According to him, “in their daily work (Russian President Vladimir) Putin a big enough time on the economy and anti-crisis activity”.

The anti-crisis plan of the government. Help

The Russian government has introduced anti-crisis plan – 60 measures indicative cost 2,332 trillion rubles, but the costs are not yet counted. The goal is to ensure the stability of the economy and social stability in 2015. To monitor the implementation of the plan will be an interdepartmental Commission.

The document provides allocation of seven key areas for the implementation of measures to combat the crisis. Among them – support import and export of non-oil, including high-tech products, the promotion of small and medium business, creating opportunities to attract funding in important sectors, including during the implementation of the state defense order, compensating additional inflation outlays of the most vulnerable categories of citizens, reduce tensions on the labor market, optimizing budget expenditures and increasing the stability of the banking system.