Greece the following year, plans to complete the privatization of nine objects. For this purpose, in particular, within ten days of signing the agreement on the transfer of 14 regional airports in concession for 40 years, the company Fraport-Slentel for 1.23 billion euros. 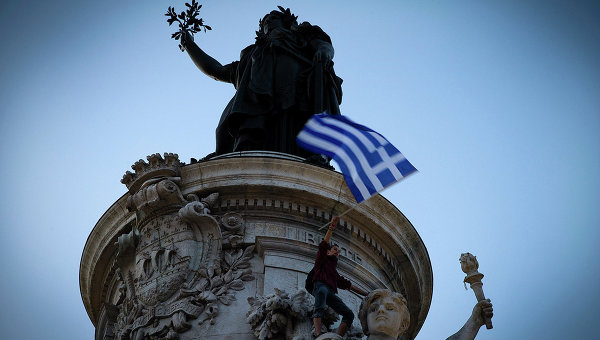 ATHENS, 9 Jan. Gennady Melnik. The Fund privatization of Greece (HRADF) intends in 2016 to complete the privatization of nine objects and get three billion euros, told reporters the head of the Fund Stergios Piciorus.

He reported that within ten days will be signed the agreement on transfer of 14 regional airports in concession for 40 years, the company Fraport-Slentel for 1.23 billion euros.

“Secondly, the final date for the submission of binding offers for the port of Piraeus is scheduled for December 21. We finish this week the preparation of all documents. There are three potential investor in the port of Piraeus: COSCO Chinese, Danish APM Terminals and the Philippine company ICTS. This shows that the interest in Greece has investors from around the world,” said Piciorus.

“The third issue is the privatization of DESFA, the gas network operator. The problems were on the final approval and completion of the transaction from the European authorities. In fact, the company SOCAR, which won the tender, must transmit at least 16% of another company, preferably European, who has experience in the management of gas networks. If in the first half of 2015, there was no investor interest, since the summer we have a very great interest, and tomorrow begins the due diligence,” said the head of the Fund.

According to him, to get 16% of DESFA would like two very large European companies — first, a consortium of Belgian Fluxys Spanish Enagaz, and secondly, Italian Snap. “I think in the first quarter of 2016, the entire process will be completed,” said Piciorus.

The next project he called the port of Thessaloniki.

“Training is going well, and the submission of binding bids is scheduled for early April. There are eight stakeholders, a very large transport companies, all of which indicates that the competition will be very, very interesting,” said Piciorus.

Speaking privatization of the Greek Railways company TrainOSE and the content of the rolling stock ROSCO, Pitillas not rule out the possibility that announced at the January 15 date for the submission of binding offers, may be postponed for a short time. “I believe, however, that by the middle of February and this competition will be completed. And there is significant interest,” said the head of the Fund.

Purchasing the port of Thessaloniki and TrainOSE previously interested in Russian Railways RZD.

Among other projects Piciorus called the hotel complex Astir Palace in Athens Vouliagmeni, and the former capital of the Ellinikon airport. Are expected improved the investors ‘ proposals.

“Finally, we are starting in mid December the procedure to extend the contract for Athens international airport “Eleftherios Venizelos”. (Active) the agreement gives the possibility of extending the concession for another 20 years, and requires a series of negotiations”, — said the head of HRADF.

“At the same time there is a prospect of privatisation and 30% of the share capital of the airport, which is owned by HRADF, but it will be in the second stage, when we decide that there are suitable conditions,” said Piciorus.