SAMARA, December 9. /Corr. Alexey Sokolov/. AvtoVAZ may go on 4-day working week from February 15, 2016. This was announced by the Chairman of the trade Union of the enterprise Sergei Zaitsev. 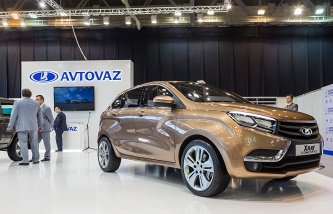 AvtoVAZ: company will not stop the conveyor 18 December

“At the meeting of the Union was considered and agreed a draft of such an order,” he said.

According to him, it is assumed that in the mode of reduced working week “AVTOVAZ” can work for six months – until August 15.

“According to the law, this mode can be entered not more than six months. Will it be renewed, while difficult to say. What the situation will be by that time, analysts now none to say no,” – said the head of the Union.

As noted by Zaitsev, in the case of the introduction of the 4-day week, salary will be reduced by approximately 20%, however, this mode guarantees the preservation of jobs – according to the law at this time impossible to carry out mass layoffs.

The Union intends to hold the plant’s management a number of negotiations of payments under a collective agreement.

About the possibility of introducing at AVTOVAZ in 2016 4-day work week was first announced following the meeting of the Board of Directors of the automaker 30 November 2015. 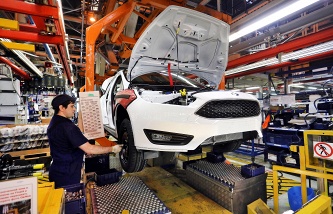 Dvorkovich: the decline of the auto industry by the end of 2015 should not exceed 30%

“The Board of Directors focused on the main directions of improvement of the company and its adaptation to current market conditions is the optimization of the production lines, the social program of support of voluntary retirement, the periodic imposition of special conditions of work – for example, the 4-day week, social work”, – said earlier in the press center of the plant.

“AvtoVAZ” and “GM-AVTOVAZ stopped their production in the Samara region since the beginning of the year a total of not more than two months. Most of the outages coincided with public holidays. 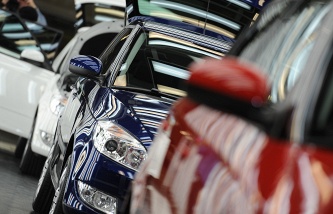 The situation in the automobile industry such as Volkswagen, Ford and AVTOVAZ told about the further plans

In the beginning of 2015 AVTOVAZ from 1 to 12 January was on Christmas vacation, from 12 to 18 January, the plant for the first time in the winter went away for a week into a single corporate holiday, which this year was increased from 3 to 4 weeks. Then the conveyor of “AVTOVAZ” and “GM-AVTOVAZ” was not working from 1 to 11 may – the plants left on the “may holidays”. The remaining three weeks of corporate vacation staff was celebrated from 27 July to 16 August.

Earlier it was reported that “AVTOVAZ” in 2015 plans to increase production by 20% in comparison with the previous year – to almost 619,6 thousand cars. However, amid the deteriorating economic situation in the country, the group said that the production schedule for this year will be adjusted. Meanwhile, according to the President of “AVTOVAZ” Bo Andersson, the group expects to increase its share on the Russian market at 19%. “We will try our best to keep market share at 19% last year in the first half of this percentage was 16.5%, these six months, our share is 19%,” said Andersson, noting that “AVTOVAZ” produces “good cars, good quality”.

In the first half of AVTOVAZ has produced 288 thousand cars, in the prospects of the next six months – about 200 thousand cars.