The agreement of the Federal Agency on Affairs of nationalities and the authorities of Dagestan is one of the main instruments of realization of state national policy, said the head of FADN Igor Barinov. 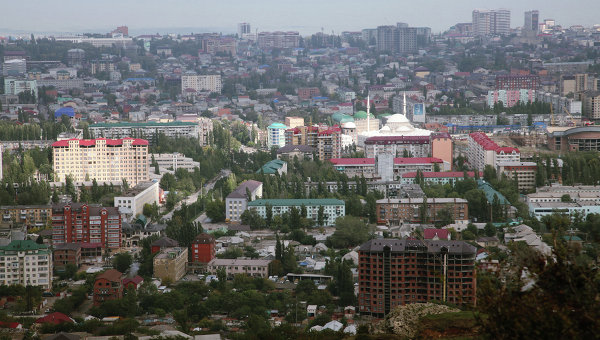 MAKHACHKALA, December 9 – Gulya Aliyeva. Federal Agency on Affairs of nationalities (FADN) and the government of Dagestan signed on Wednesday in Makhachkala, the agreement for the realization of the state national policy and prevent development in the region national and inter-confessional conflicts.

The agreement was signed at the III International political science forum “Russian Caucasus”, which opened in Makhachkala on 9 December and will last until December 14.

“The agreement is one of the main instruments of realization of state national policy. The direction in which the emphasis in the agreement is the establishment of a system for monitoring, counteraction and prevention of interethnic and interreligious problems. We need to understand why we are going through the conflicts on ethnic, sectarian violence and who is to blame”, — said the head of FADN Igor Barinov during the conference in Makhachkala.

He noted that such a system will enable the authorities to promptly respond to incidents on ethnic grounds.

“Running this system, including in Dagestan, but here we launch into the first, we will understand the processes that take place in the youth environment, where “thin” on what we should prioritise where we will be able to respond quickly to events that, unfortunately, in the recent past we had. I mean the events in Kondopoga, Biryulyovo, in Manezhnaya square”, — said Barinov.

More than 5 thousand football fans and nationalists took part in the riots on 11 December 2010 at the Manezhnaya square where they have moved after procession in the Kronstadt Boulevard in memory of the deceased in a brawl December 6, the fans of FC “Spartak” Yegor Sviridov. In the fight in which Sviridov was killed, was attended by over ten people, including four natives of Dagestan, a native of Kabardino-Balkaria and resident of Chechnya.

These riots have become one of the largest in Moscow in modern Russian history. Next time pogroms occurred in the capital in the autumn of 2013 in the Western Biryulyovo district following the murder of local resident visitors from Azerbaijan.

The town of Kondopoga became notorious throughout the country after the riots of 2006. Then two residents were beaten by employees of the restaurant, to the fight joined the group of immigrants from the Caucasus, armed with knives and metal rods. Two persons were lost, nine more got wounds. The funeral of the dead ended with a spontaneous meeting, after which the locals looted and set fire to the outlets.