An extraordinary Congress of the party “Alliance of greens and social Democrats” held in connection with the resignation of the current leader of the Alliance of businessman, former Senator and owner of “My Bank” Gleb Fetisov. 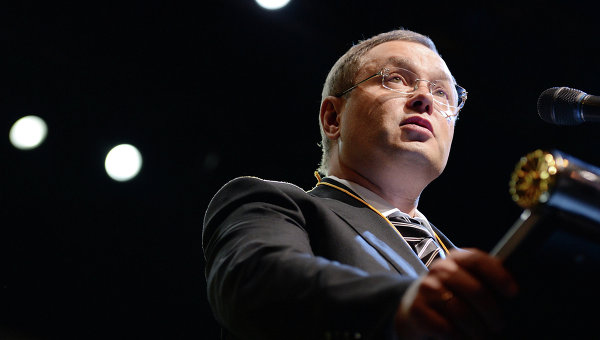 MOSCOW, 9 Dec. The party “green Alliance” at the extraordinary Congress on Saturday plans to announce a cross-party coalition in next year’s elections to the State Duma.

“On Saturday in Moscow will be held an extraordinary Congress of the party “Alliance of greens and social Democrats”, which will be announced the establishment of the inter-party coalition, whose goal is the formation of a unified list of candidates with the party having the right to nominate candidates according to party lists without collecting signatures”, — reported in party.

“These events are the starting point for the process of fundamental renewal of the governing bodies of the party. According to party members, the negative experience of combining green with the social Democrats allowed the party to return to the mainstream environmental agenda”, — informs the party.

To participate in the Congress invited representatives of leading social and environmental organizations (WWF, Greenpeace, Bellona, the Russian geographical society), the deputies at various levels of government, leaders of political parties, members of the Public chamber, political scientists and public men. The participants of the Congress plan to address environmental issues — the party will represent some of the most successfully resolved environmental conflicts, and political — a new party leadership will talk about the strategy of the “green Alliance” on elections of deputies of the state Duma.

The party “Alliance of greens and social Democrats” established at the founding Congress in 2012 and initially had the name “Green Alliance — people’s party”. In January 2014, it was reorganized, merged with “Social Democrats of Russia”, “Freedom and justice”, “Party of free citizens” and “Bell” and got its present name. Currently, the party has 65 regional offices and over 5 thousand registered members.