The system of industrial parks is actively developing in the Orenburg region through state and regional support, are already three such Park, said the region’s Governor Yury Berg, acting in the Federation Council in the framework of the “future”. 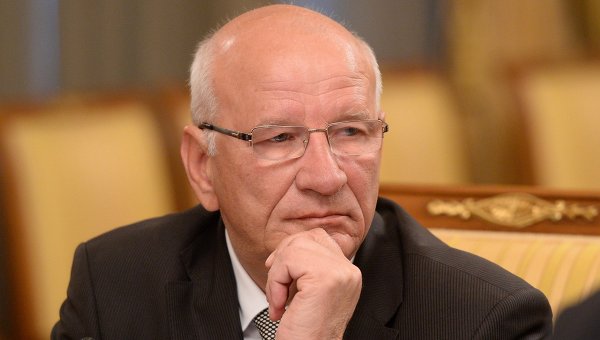 MOSCOW, 9 Dec. The system of industrial parks is actively developing in the Orenburg region through state and regional support, are already three such Park, said the region’s Governor Yury Berg, acting in the Federation Council in the framework of the “future”.

“Literally in November took place the opening of the “Industrial Park “Orenburg downy shawl” which includes production workshops, a training center, the Museum of handkerchief and the Studio crafts. In this way the most famous symbol of our land of Handicrafts stepped into the real economy and has given us even more reason to be proud of,” said the head of the region.

In the field pay special attention to work with investors from Gazprom, metalloinvest and Rosneft to small and medium businesses. To do this, the region has established institutions that support investment activities, written unique investment legislation recognized by the Agency for strategic initiatives one of the best in the country.

“All this allowed to increase the volume of investments in the last four years with 100 to 150 billion rubles,” said Berg.

One of the key indicators of socio-economic development is housing. According to the Governor, over the past four years, the amount of housing in the area has increased almost twice — from 580 thousand square feet to 1 million 152 thousand. There is reason to believe that 2015 will also be a plus. Berg noted that housing is successfully sold. Primarily due to the complex Federal and regional programs to support customer demand.

“Its strategic objective to ensure regional and national food security performs the agricultural sector. Orenburg is a region with almost absolute indicator of availability of basic food products from domestic production,” he added.

Annually considerable means from the regional budget being allocated to support small and medium businesses through regional support institutions. And the business responds by increasing taxes. “Works and is proving effective public-private partnership. In conditions of budget deficit PPP to meet the needs of the population public goods. The portfolio of PPP projects in the region — more than 10 of the infrastructure,” said Berg.

Presentation of the region in the Federation Council

“The days of the Orenburg region — is an opportunity to demonstrate achievements and share challenges. In the Federation Council hosted meetings of the committees of the Federation Council, which discussed important issues for the region. Preparing a resolution on the issues which need state support”, — said Matvienko. The Governor expressed interest in active cooperation with the upper house of the Russian Parliament on the problems faced by the region’s problems.

In the Federation Council hosted a presentation of the Orenburg region, which displayed folk crafts and modern achievements of the region in economic and social spheres.

Among the most promising projects — creation of in the area several tourist-recreation cluster “Salt lakes” in Sol-Iletsk city, Orenburg region in 2013-2020 and “Dolina” Kuvandyk urban district. In addition, it is planned to create a cluster look for a list of the “silk road” in the construction of international transport corridor “Western Europe — Western China”.

It is planned to create historical, archaeological and natural landscape Museum-reserve “Kargalinskiy mines”. This object of Federal significance located at the intersection of Oktyabrsky, perevolotsky, Sakmarsky, and Aleksandrovsky districts of the Orenburg region and represents the remains of an ancient center of mining and processing of copper from the bronze age to modern times.

Presents the interregional cooperation project “Golden ring of Aksakov Volga region”, which provides for the merging and memorable places of the kind aksakovyh in the Volga Federal district, the development of interregional tourist routes “of the Literary estate of the Volga region”, the creation of historical and cultural cluster “Golden ring of Aksakov of the Volga region”. One of the major growth points for the development of tourism in the region is the national Park “Buzuluk pine forest” — a particularly valuable forest area of Federal significance.

Among the most interesting and innovative projects area — cosmetic biocore created on the basis of the bioplastic material is a innovation Lab for applied biotechnology Science and technology Park of the Orenburg state University. Development allows to correct age-related changes of the skin without injection interference.

According to head of the Laboratory of applied biotechnologies Ramil Rakhmatullina, this and other developments will continue in the framework of the new Eurasian innovation centre with researchers from the countries of the Eurasian economic Union (EEU).

Matviyenko stressed the importance of preserving folk traditions and crafts in the Orenburg region, development of economic and high-tech projects. According to her, special interest tourism, cultural and recreational destinations.