YAKUTSK, December 9. In Yakutia the law on “Golden parachutes” are still in operation despite the fact that the decision of the Supreme court of the Russian Federation on the abolition of these guarantees came into force. In an interview with the Minister of Finance of the Republic Valery Gundorov. 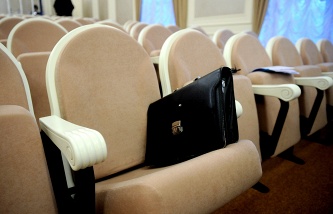 In Yakutia, from the abolition of “Golden guarantee” suffered one former Vice-President

“The law of the Republic on state guarantees to the first persons of the Republic remains in effect and will be considered in the legislative Assembly of Yakutia”, – he said.

The Prime Minister of the Russian Federation Dmitry Medvedev in interview to Federal TV channels commented on the issue of “Golden parachutes” officials in the regions, noting that it is “business region”, but we should be talking about the “prominent leaders”. If the residents are against, “bonuses should be reduced”, said Medvedev.

This year, the number of regions – Irkutsk, Vladimir, Moscow region and other legislatively abolished or cut “gold” privileges for officials.

According to the Russian popular front (onf), in 11 regions of the country, including in Yakutia, the laws of these regions are provided for former heads of various incentives, which could include, depending on the subjects the preservation of the public houses, the apartments, unit assistants, and most of the monthly remuneration. 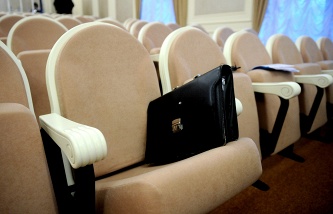 Medvedev: regions need to bring order to the benefits for former top officials

“Our new research shows how burdensome may be in the country for the budgets of all levels “gold warranty”. This phenomenon is almost universal, therefore, we believe that entities should reconsider spending on “gold warranty” – leads the press service quoted the head of the project “For fair procurement” Anton Getta.

Earlier the office of public Prosecutor of Yakutia also judicially challenged lifetime sigurantei leaders of Yakutia. In particular, the contested norms establishing the monthly lifelong monetary maintenance, to ensure living space and transportation, medical support, sanatorium treatment, provision of state security during the first three years from the date of termination of execution of powers. These provisions, said the Prosecutor’s office, are contradicting the Federal legislation, invalid and not applicable.

In the regions cut budget spending by officials

In the spring of this year Vladimir senior officials four times reduced “Golden parachutes”. The initiative of the Governor Svetlana Orlova in spring was supported by the deputies of the regional legislative Assembly.

As explained earlier, the head of the social Committee of the legislative Assembly Alexey Andrianov, “it’s about 25 positions that exist in the field of administration, in the legislative Assembly, the election Commission of the region, the accounts chamber. In the event of termination of office, already paid 12 cash rewards, as it was before, but only three.” 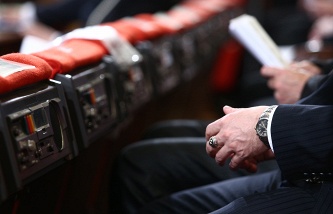 Onf has identified the subjects of the Russian Federation, which provide for the “gold guarantee” for ex-governors

According to the MP, through the adoption of amendments to the law “On state civil service of Vladimir region” this year will be able to save about 4.5 million rubles.

The authorities of Komi refused the indexation of salaries of civil servants and of “Golden parachutes” to top officials. As a result we plan to save this year 24 million rubles, in the next three years – 220 million rubles.

Deputies of legislative Assembly of the Irkutsk region also adopted a bill to abolish “Golden parachutes” – lump sum payments in the amount of three salaries to terminated the powers of members of government and parliamentarians.

The state Duma introduces a ban on “Golden parachutes”

The Russian state Duma on 21 October adopted in its first reading a bill to impose restrictions on the payment of so-called “Golden parachutes” of regional officials and deputies.

The initiative was developed by a member of the Central headquarters of the popular front, the Deputy Mikhail Starshinov and co-chair of the regional headquarters of the popular front in the Ryazan region, Deputy Andrew Krasivym (both are in the faction “United Russia”). The document proposes to amend one of the articles of the Federal law “On General principles of organization of legislative (representative) and Executive bodies of state power of subjects of the Russian Federation”.

According to the initiative, it is prohibited to issue “Golden parachutes” officials and deputies whose powers were terminated due to failure to observe the prohibitions, restrictions and obligations provided by the legislation of the Russian Federation. To prohibit additional payments for those employees who resigned on their own, or for deputies who were not re-elected.

Thus, compensation payments can now count only those officials and deputies who retire or become disabled during the period of exercise of their powers.