MOSCOW, December 9. Russia will have on the international level, the pressure on Kiev to the situation with the capture of villages in the buffer zone in the Donbass not repeated.

This was stated by state Secretary, Deputy Minister of foreign Affairs of the Russian Federation Grigory Karasin. 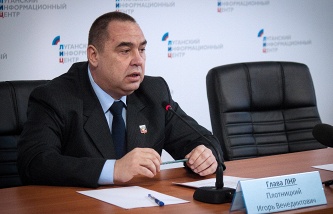 Chapter LNR: Poroshenko “not enough gunpowder” for the organization of a new offensive in the Donbass

“We will make conclusions accordingly at the international level to put pressure on Kiev so that such things do not happen again”, he said.

Also according to him, the issue of the level and timing of the meeting in “Norman format” (Russia, Germany, Ukraine, France) on the situation in the Donbass remains open. “It is clear that the end of the year and, probably, to take stock, to see what will be in 2016. I do not exclude that such a meeting could take place, he said. But at what level, in what terms, it is an open question.”

Answering the question, what determines the timing of the talks, Karasin said that the case, first of all, the willingness of participants and their schedules. “Other international events don’t even allow one day breathe the heads of the Ministry of foreign Affairs of the Russian Federation, in particular, and other countries, including Germany and France”, – he explained. The Deputy foreign Minister added that “some days are left”.

The previous meeting in the Normandy format were held at the level of foreign Ministers in Berlin on 6 November. Level and date of next officially is not declared.